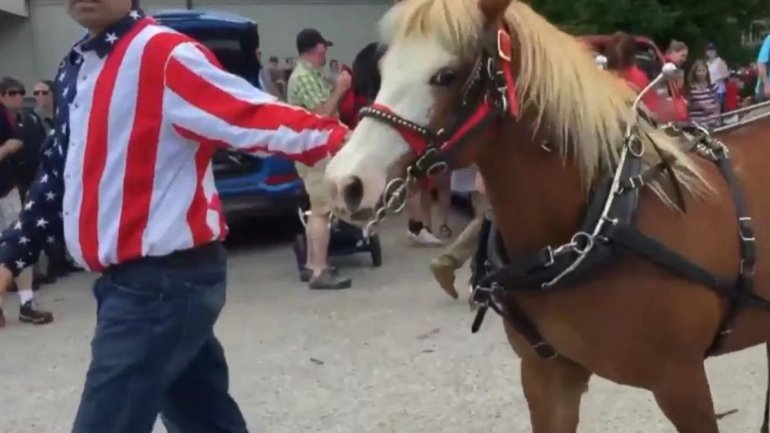 Three people were injured while watching a Memorial Day parade in Wisconsin after show ponies broke loose from their handlers and ran into the crowd, police said, according to abcnews.com.

The ponies, which were pulling a wooden carriage with their owners on board, were likely startled by firework "snaps" and tennis balls that may have been thrown into the parade route by children, according to the Elm Grove Police Department.

Although attempts were made to stop the ponies from running, police added, the carriage entered a crowd of spectators.
AFLĂ imediat Știrile Publika.MD. Intră pe Telegram