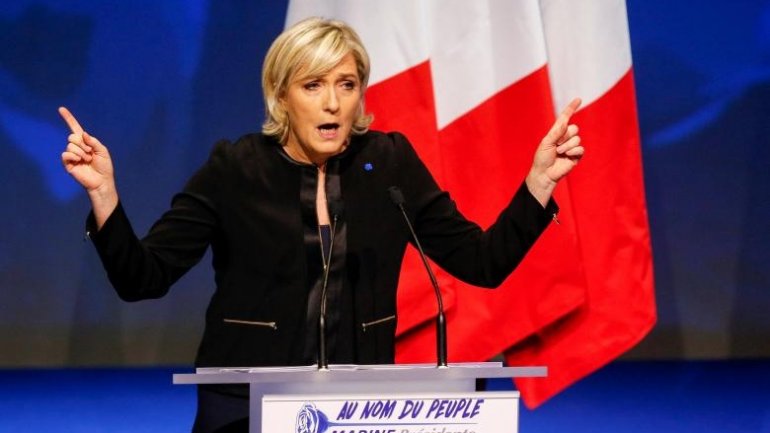 A daily opinion poll publication continued to show far-right leader Marine Le Pen losing the French presidential runoff on May 7, according to Reuters.

The Opinionway poll, published on its website shortly before 1100 GMT (6.00 a.m. ET), showed Le Pen scoring 25 percent in a first-round vote set for April 23, with independent Emmanuel Macron on 22 percent and conservative Francois Fillon on 20 - scores that would put Macron into the runoff against Le Pen.

Macron would beat Le Pen 66 percent to 34 percent in the two-way runoff. Fillon, were he to make it instead of Macron, would beat Le Pen with a score of 62 percent versus her 38 percent.
AFLĂ imediat Știrile Publika.MD. Intră pe Telegram