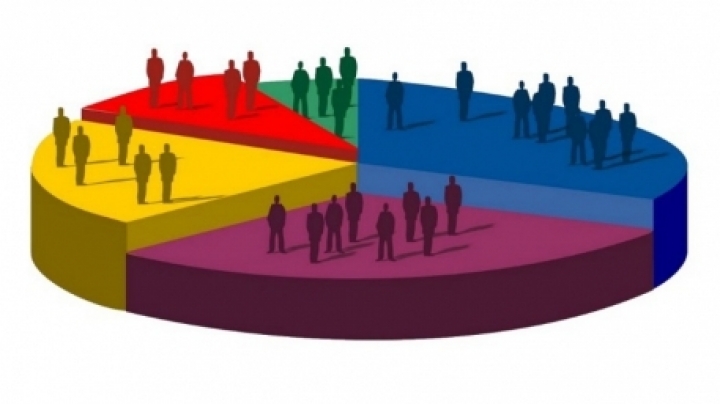 Spectacular rises and falls in Moldovan politics. Opposition party leaders have lost considerable confidence of Moldovans determined to go to election, demonstrated by the results of a survey conducted by IMAS in partnership with Deschide.md postal and Conflict Prevention and Early Warning Center.

Sociologists have noted a considerable change in the voting options of Moldovans in the event of parliamentary elections.

Thus, if elections were held next Sunday, the most votes, almost 20-per-cent would take Party of Socialists of the Republic of Moldova, with 6-per-cent more than in February.

The second party that is growing strongly in the polls is Democratic Party of Moldova, where 9.1-per-cent of voters would vote, compared with 5.3-per-cent, as were early estimates.

On another hand, Renato Usatîi's 'Our Party' registers an almost double fall, with 8.7-per-cent. So, Renato Usatii is the biggest loser. Within half a year, confidence in him was reduced from 35-per-cent to 20-per-cent.

A sharp drop of 12-per-cent is in the case of "Dignity and Truth" Party president, behind which stay Victor and Viorel Topa, Andrei Nastase. 20-per-cent of survey participants said they trust him, compared to 32 -per-cent as it was last year.

The slight increase is for 'Action and Solidarity' party president, Maia Sandu, for which 11-per-cent of voters would vote.

If elections were held on Sunday, would not enter the European People's Party of Moldova, Liberal Party and Liberal Democratic Party.

The same trend is maintained in the case of his colleague coalition, Maia Sandu 'Action and Solidarity' Party president rating fell by 7-per-cent points to 28-per-cent.

Sociologists have found that Moldovan's negative perceptions have also dropped. If early 91-per-cent of the respondents felt that things were going in the wrong direction, in July, the rate fell to 80-per-cent. And the number of optimistic doubled - from 6-per-cent to 14-per-cent.