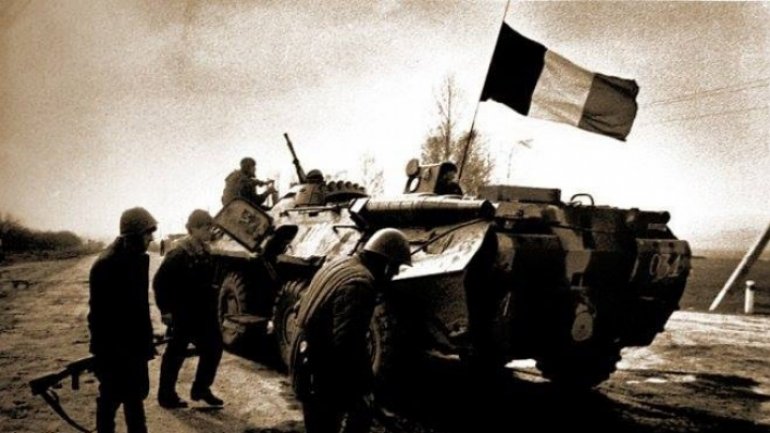 Moldovan politicians have posted words of homage to the heroes fallen in the Dniester war that started 25 years ago. On March 2, 1992, Cossacks based in the present Transnistrian area attacked a station of Moldovan police in Dubasari town.

Here is what the President of the Parliament, Andrian Candu, wrote:

"Dear parents, who lost children in the war 25 years ago, all the ones having suffered in the 1992 conflict. Many of you have lived for a quarter of a century with the impression of being betrayed, that those courageous young men who died or were injured in the fights at Bender and Dubăsari were forgotten.

We sat at the talks table with the ones from Tiraspol because we won’t admit the repetition of those four months of bloody battles. We’ll learn to live together again with the people from the left bank of the Dniester. We’ll grant a status to that part of our country, called Transnistria.

We’ll work that all the Moldovan citizens live in peace, in safety at home. We have too small a country to divide it, but large enough to be everybody’s house."

Liberal Party leader Mihai Ghimpu posted a message thanking all the ones having suffered from the blood war on the Dniester:

"March 1992 was declared as the Remembrance Day, and, on this occasion, the Liberal Party thanks all the ones, who fought, risking their lives, for our cause, nation and freedom. We send our compassion to all the ones having lost relatives during the bloody conflict on the Dniester.

Let’s light candles to the memory of the heroes fallen in defending the nation, the Romanian language and the tricolor flag and let’s condemn the Kremlin’s occupying policy! May all those fallen while doing their duty rest in peace! Heroes never die!"

On July 21, 1992, the presidents of Russia and Moldova, Boris Yeltsin and Mircea Snegur, signed a cease-fire agreement in Moscow. It provided for creating three security zones and the presence of peace-keeping troops, which later were named the Operative Group of Russian Troops.

The soldiers from the 14th Soviet Army have been stationed on the Dniester’s left bank up to now.