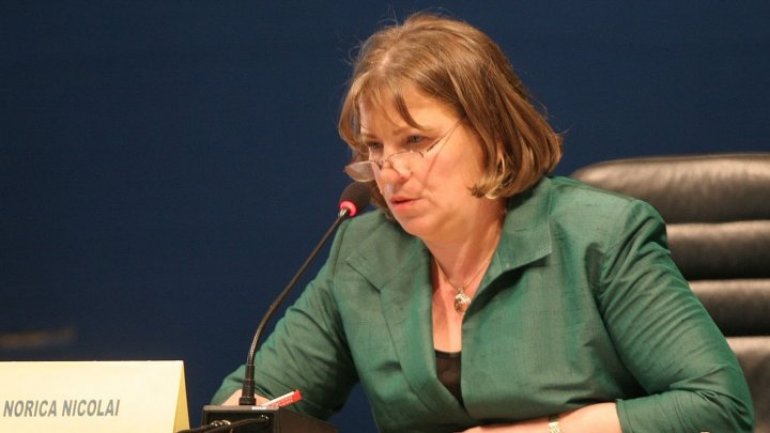 Politicians from Chisinau who ask the groups in the European Parliament to block the financial assistance for the Republic of Moldova don't have what citizens're looking for in politics whereas they should serve the interests of the Moldovan citizens.

This opinion belongs to Norica Nicolai, Vice-President of the Alliance of Liberals and Democrats for Europe in the European Parliament.

I expect the leaders from Chisinau to have more responsibilities and moral relations with Brussels.

It's not normal to ask your party, European People's Party to block, if possible, the macro-financial assistance, because you do not actually serve anybody, not even you.

Because citizens are intelligent enough to understand such people do not have what they're looking for in politics and do not serve their interests.

Alexei Lungu: I think that you unconditionally support the European path of the Republic of Moldova, with statements in support of Chisinau. On the other hand, I saw your colleagues who were loyal attorneys to the Republic of Moldova, and now you have the impression that they do not want to appreciate what is happening in Chisinau, I'm more subjective.

Unfortunately, there are many politicians here, but also in your country, who see only a narrow party interest. And in order to promote this interest, they are in position to denigrate the country.

We have always denied such political people. The European path of the Republic of Moldova should be the first priority for all political people in Chisinau. It can be joined by political construction approach if there are bad things.