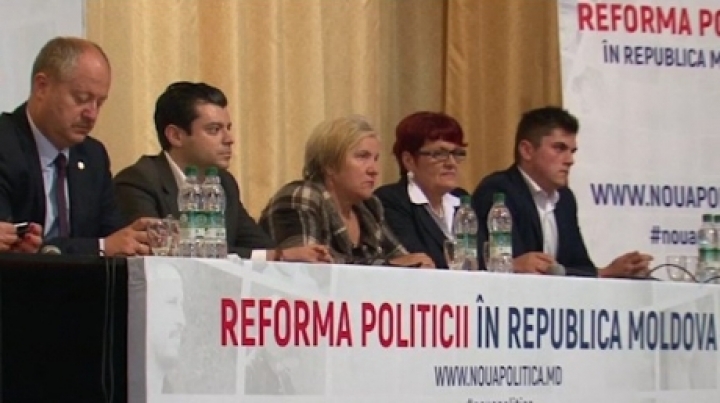 The release of European funds, a fair justice and the right to vote by constituency. These were the wishes of the inhabitants of the Leova district political class, in debates held yesterday in the context of "political reform" launched by the Democratic Party and civil society representatives. Citizens had the opportunity to get answers to various questions from MP Marcel Raducan.

District mayors say they need investment in order to develop villages: "The European Union has blocked funds for Moldova. We mayors feel it the most. What should we do for the EU funds to be released faster?"

"This fall the IMF agreement will be signed and 2017 will certainly start with external funding, with a well thought and well done budget" , said DPM MP Marcel Raducan.

People hoped that the proposals submitted by them in these discussions will included in the political reform:

"It's a very positive discussion and it is very constructive because citizens expect a lot from politicians, to solve problems they have at the moment."

"They discussed many questions that are present and beneficial at this time when citizens have very low credibility".

"People have come up with proposals, suggestions, new ideas that we, the Democratic Party will select and the change in policy of the Republic of Moldova will certainly be done" , said Raducan.

The "political reform" campaign is supported by the Democratic Party in collaboration with civil society and aims to identify ideas and solutions for improving the quality of Moldovan political parties.