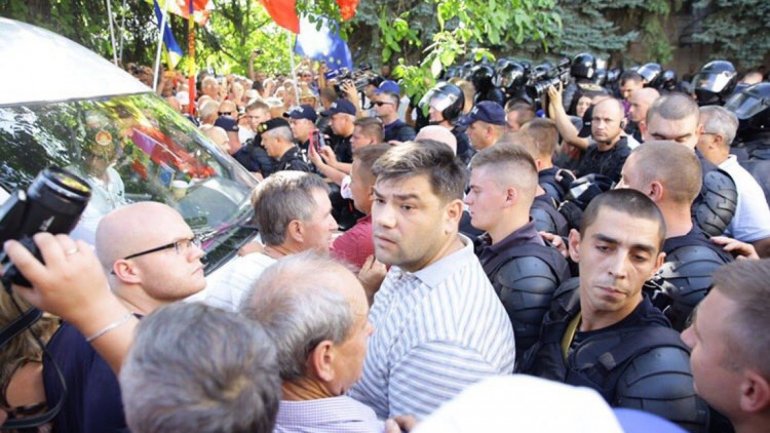 Protest from last Sunday organized by Dignity and Truth Platform Party and Party of Action and Solidarity were inconsistent, as people were not interested in such actions.

Is the opinion of political experts Anatol Ţăranu and Alexandru Solcan, invited last evening to Fabrika.

"I cannot understand such actions. How long must you go in order to consider such acts as good in a democratic country. I even pity the opposition, as I doubt that our citizens will be pleased by such behavior", political expert Alexandru Solcan declared.

"You cannot gather many people under the pretext of protesting against uninominal voting, as it lacks political perspectives" Anatol Țăranu stated.

The experts also consider that the political view of PAS and DA parties will not take them far and that in order to have at least a bit of success they must unite in a coalition and discus their common aims.

"Their only hope is the next parliamentary election. But as they are now, DA - PAS, PAS - DA, stand no chance" Alexandru Solcan added.

"Why not create a coalition based on their common aims? As it would most likely be their best chance."

Representatives from PLDM, PAS and DA parties have organized last Sunday a protest in front of the Parliament. Afterward the crowd moved  to the national television channel Moldova 1, where they became violent. Four police officers were injured. The driver, who nearly run them over, was detained for 72 hours.