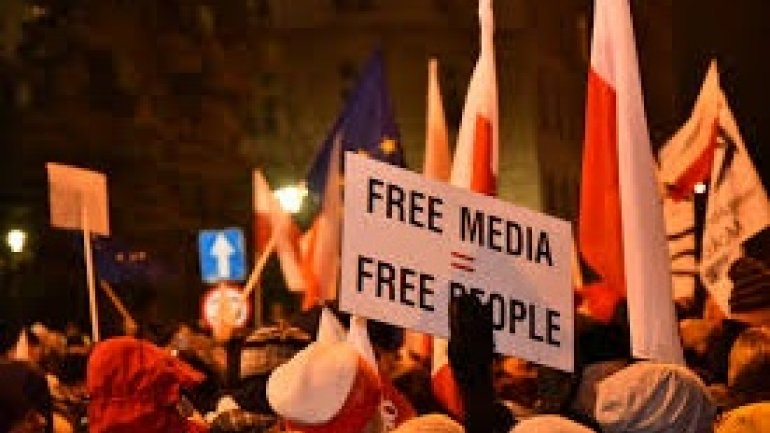 Polish ruling party has retracted from its proposals to limit media access to the country's parliament, speaker of the upper house said on Monday, adding that the party wants to resolve the ongoing parliamentary crisis conciliatory.

"We are taking a step back," Stanislaw Karczewski, the speaker, told journalists. "We have made a decision to go back to the old rules, we are not changing them."

The party's proposal in December to limit journalists' access led to a sit-in protest of opposition lawmakers who are still blocking the access to the podium in the lower house, Reuters reports.
AFLĂ imediat Știrile Publika.MD. Intră pe Telegram