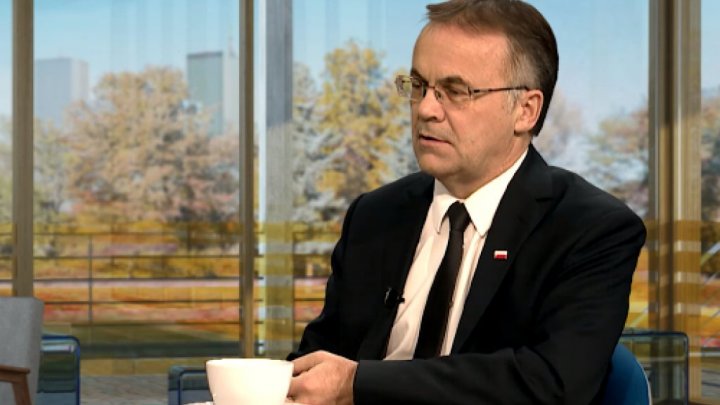 Polish Deputy Culture Minister Jaroslaw Sellin on Tuesday backed a call for building a "Polokaust" museum to commemorate Poles killed by the Nazis during World War Two, in comments that may further exacerbate tensions with Israel, wrote usnews.com

This month Poland sparked international criticism, including from Israel and the United States, when it approved a law that imposes jail terms for suggesting the country was complicit in the Holocaust.

Some three million Jews who lived in pre-war Poland were murdered by the Nazis during their occupation of the country. They accounted for about half of all Jews killed in the Holocaust.

Poland's nationalist ruling party says the new law is needed to ensure that Poles are also recognized as victims, not perpetrators, of Nazi aggression. It notes that the Nazis also viewed Slavs as racially inferior and that many Poles were killed or forced into slave labor during the German occupation.

"I think the story of how the fate of Poles during World War Two looked like ... deserves to be told and shown in this way, in a museum...," Sellin was quoted as saying by state media.

"It is enough to read official German documents from these times or Hitler's book to know that after the Jews, whom he wanted to completely erase from Europe..., the next target was generally Slavic people, especially Poles".

Sellin was responding to a suggestion made by Marek Kochan, a writer and academic, in Polish daily Rzeczpospolita for what he called a "Polokaust" museum. It was unclear from Sellin's comments whether the museum would be built.

Many Poles believe their nation behaved honorably for the most part during the Holocaust. But research published since 1989 has sparked a painful debate about responsibility and reconciliation.

A 2000-2004 inquiry by Poland's state Institute of National Remembrance (IPN) found that on July 10, 1941, Nazi occupiers and local inhabitants colluded in a massacre of at least 340 Jews at Jedwabne. Some victims were burned alive after being locked inside a barn.

The revelation disturbed the Poles' belief that, with a few exceptions, they conducted themselves honorably during a vicious war in which a fifth of the nation perished. Some Poles still refuse to acknowledge the IPN's findings.

Anti-Semitism was common in Poland in the run-up to World War Two. After the war, a pogrom in the town of Kielce and a bout of anti-Semitism in 1968 sponsored by the communist authorities forced many survivors who had stayed in Poland to flee.