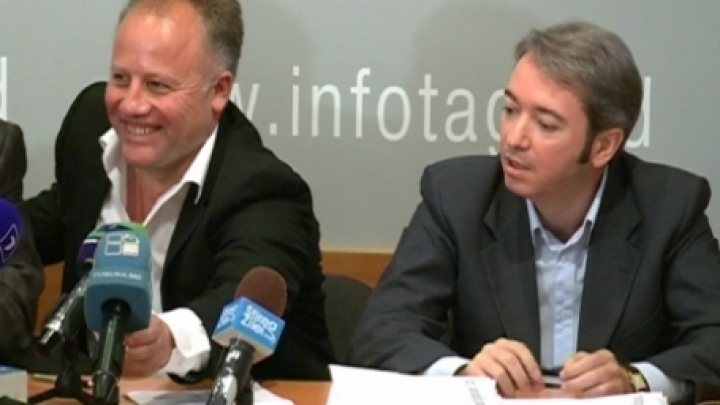 The Țopa clan has started to be be criticized by media from Poland. According to 'the Warsaw Point,' the fugitive convicts, who hide behind the DA Platform, use different methods to oust the present Moldovan Government, moldova24.info writes.

"Everybody knows in Moldova that the Dignity and Truth political platform is founded and led by representatives or ‘umbrellas’ of two businessmen, convicted and internationally searched for, who also control local media. The question is about Victor and Viorel Țopa, condemned to 10 and 8 years of imprisonment, who ran from jail to Germany, wherefrom they try to organize the eviction of the present Moldovan Government," Warsaw Point reports.

The publication writes the two are under the protection of the German Federal Government, as the local authorities have been hindering their extradition proceedings for 2 years.

"In 2011, a Moldovan tribunal recognized Victor Țopa and his accomplice guilty of overtaking shares owned by Galina Prodisvet – Victoriabank’s former deputy president – and her family, and of transferring those shares to another bank. Mrs. Prodisvet started a law suit accusing Victor Țopa of theft and extortion of shares in amount of USD 9 million, and that happened in Moscow. He managed to run to Germany. Being there, he started to support different interconnected Moldovan politicians, and his plan of returning the former corrupted prime minister to the Moldovan politics seemingly started to bear fruit. Having tremendous influence over some media (Jurnal TV), Țopa managed to run the rumor of having to demand political asylum in Germany. That is how messages were spread out that he was not avoiding justice, but was under the protection of a democratic state," the publication writes.

In the same article, the authors mention investigations by Moldovan journalists disclosing that Țopa gained his first million dollars from arms, drugs and diamonds smuggling, using gangster methods to overtake most of shares in big media outlets.

"Journalists having openly spoken about the investigations into Victor Țopa’s frauds have often been menaced to be killed. His business connections go as far as the German Federal Government and the plane "Theodor Heuss" used by Angela Merkel till 2011 and, later, taken to Iran through East-European firms controlled by Țopa. His support axis in Moldova is the Dignity and Truth Platform,” Warsaw Point reports, mentioning that the protection Țopa enjoys from Germany is part from the new geopolitical context.

"Other politicians and businessmen involved in corruption acts are under Germany’s protection, too. Through these schemes, Germany wants to win the fight for the expansion of spheres of influence between the West and Russia. At the same time, Germany uses the services of some corrupted gangs from such countries as Moldova. This is a dangerous game. It jeopardizes peace not only in the area, but in the world.”

An article about Victor and Viorel Țopa appeared these days in the German media. The Junge Welt publication wrote about the million gained by Victor Țopa, and about the two standing behind the anti-governmental protests in Chișinău.