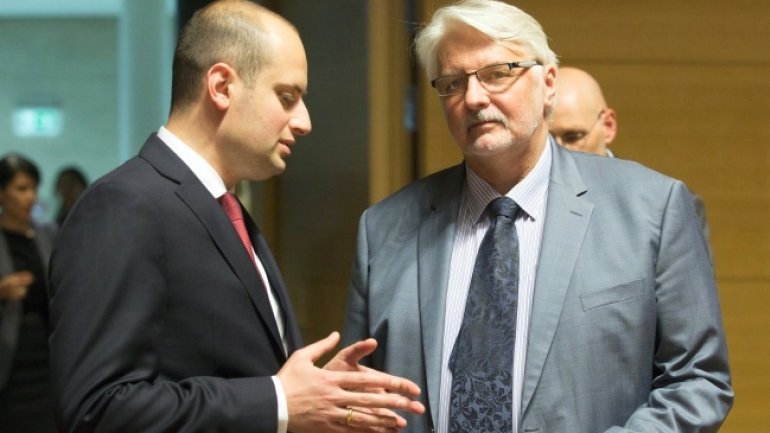 EU foreign ministers and their counterparts from six Eastern European countries met in Luxembourg on Monday. Waszczykowski said the EU foreign ministers said they "should offer [the Eastern partners] the opportunity to work with certain agencies,” but that a list of such agencies had not been drawn up.

Waszczykowski hoped that partnership countries will be offered new ways of working with the EU at a Brussels summit later this year but added that each of them is at a different level of engagement with the bloc at present. He said that relaxed new visa rules for Ukrainians and Georgians showed progress in relations between Brussels and the partnership, which governs the bloc’s ties with Armenia, Azerbaijan, Belarus, Georgia, Moldova and Ukraine.

Meanwhile, EU Commissioner Johannes Hahn said Monday's meeting focused on the results that the Eastern partners are expected to achieve before the summit in November. Federica Mogherini, the EU’s foreign policy chief, said: “We have reaffirmed the strong commitment of the EU and the Eastern Partners to our close cooperation. Our summit in November will show our unity and focus on concrete deliverables."

The Eastern Partnership, an initiative by Poland and Sweden, was launched in 2009 to forge closer political and economic ties between the EU and its eastern neighbours.