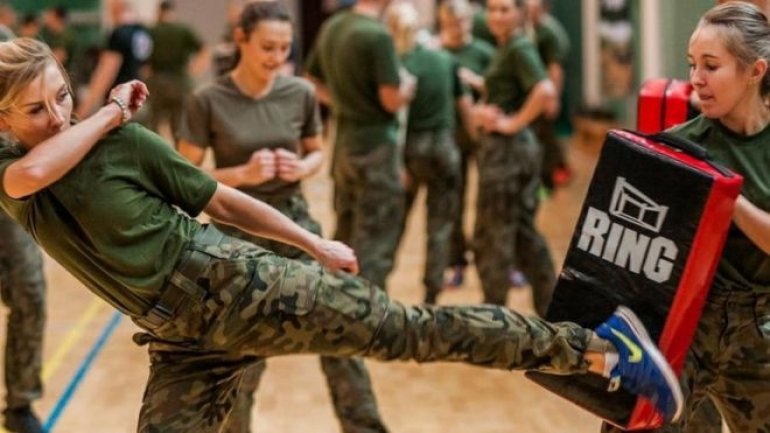 The classes will start at 30 military facilities, running from 19 November until 3 June. Polish army instructors will provide the training.

The techniques will include defensive postures, how to break holds, and guards against kicks, strangulation and assaults with a weapon.

Some Poles see the initiative more as a way for the army to promote its image.

The ministry says it is the first time the military has offered such a nationwide program. It is open to all Polish women aged 18 or above who are in good health.

A former special forces commander, Roman Polko, told the Dziennik Polski news website that it was not the army's job to teach citizens unarmed combat. He said it could be a way to spot potential recruits for the armed forces. But learning aikido or jujitsu moves "won't win a war," he said.

Another critic, Krakow journalist Marcin Ogdowski, said the lessons "have a propaganda dimension". He said women's self-defence classes should be run by the police, rather than the military.