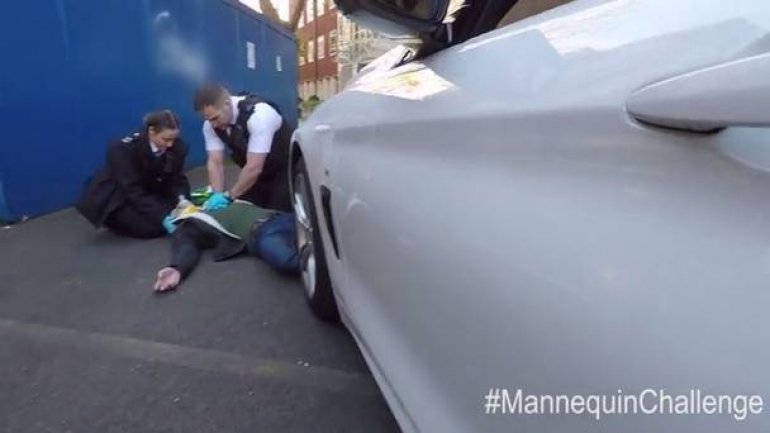 Police have released a sombre take on the mannequin challenge craze to highlight the dangers of driving the morning after a big night out, according to Independent.

A body is seen lying in front of a car, with officers on the scene and the driver being breathalysed, in the video by the Metropolitan Police.

The force said it hopes the "simple but hard-hitting" clip, organised by two constables in their spare time, will help show the potentially tragic consequences of drink or drug-driving.

Police said they will be out in force during the festive period to look out for motorists who pose a risk to themselves and other road users.

Commander Neil Jerome, from the Met's territorial policing command, said: "Our mannequin challenge is simple but hard-hitting and illustrates the consequences of driving when intoxicated.