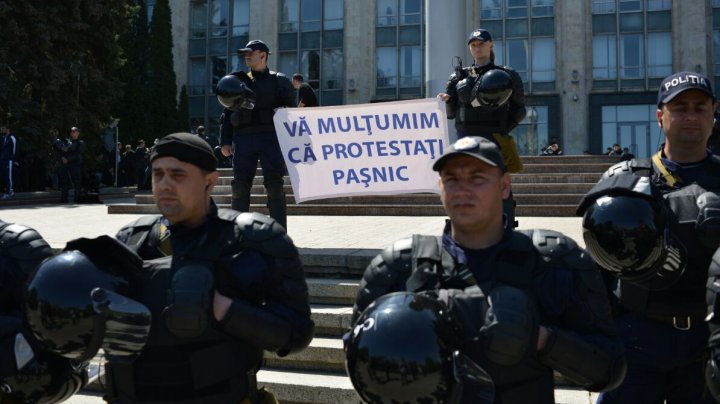 Police will intervene much more promptly if violence and incidents occur in protests in our country. During a press conference, Interior Minister Alexandru Jizdan urged citizens to carry out peaceful protests.

"We analyzed the incident. We want to prevent such cases and we will intervene more promptly and isolate these people to avoid damages.

I urge people to be peaceful and civilized. Violence in protests will be considered.

Everybody has right to express opinions, according to the Moldovan Constitution. But we should express them peacefully.

The person is detained, he's aggressive person. For us, it's a lesson that requires efficient police intervention.