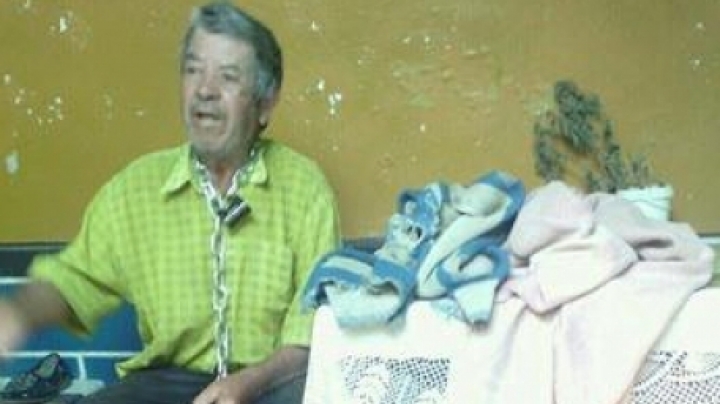 The desperate gesture of the woman from Ciorna village, Rezina district, who tied her husband with a chain, is probed by the police. The woman resorted to such a punishment to stop her husband from drinking alcohol.

She tied him with a chain after he returned home from a party.

Maria Catârov says she’s been fighting for ages with her husband’s addiction, but has never been successful: "I tied him here so that he shouldn’t go where he usually goes. He slept here. He asked for a pillow. I have him one, then I covered him nicely and left him."

A neighbor called the police who set ‘the victim’ free.

The 70-year-old Serafim Catarov has nothing to reproach to his wife, but disagrees he is a drunkard: "I swear by God. I have worked as a tailor at a factory with 2,000 women and nobody dares to say I drink. Four policemen came and said they were going to take her with them because tying me up with the chain. I tell them: please, don’t take her away!”

The fellow villagers’ opinions are split:

"She did so because she cares about him. She’s an honest, hard-working woman, but he not so much.”

"It’s not normal to tie him by his neck.”

The police investigate the case as domestic violence and if the woman is found guilty she may be jailed for two years.