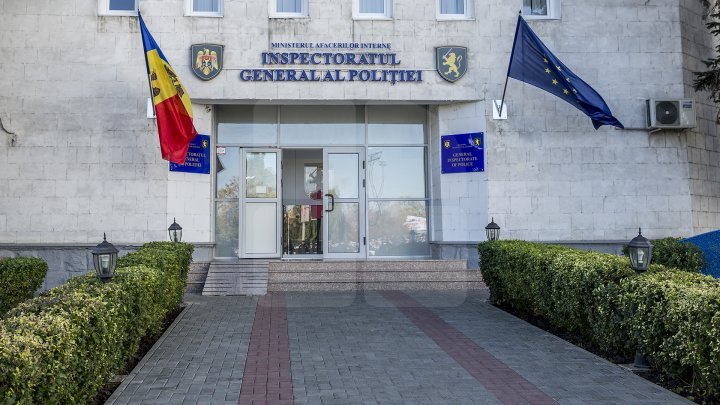 The police have made clarifications regarding the  provision of public order and security before the court where a group of people came to support defendant Gheorghe Petic.

"After the sentence was pronounced, IP Orhei police officers demanded the access to the court seat for the transport of Gheorghe Petic and warned that otherwise the law would be applied, but no use was made of force. However,  protesters maintained and subsequently the convict was taken to the escort car and the INP employees unlocked the exit and formed a cordon to allow the vehicle to move safely", said a police release.

At the same time, the representatives of the National Police have stated that during the formation of the cordon, an INP employee was shaken by one of the protesters and threatened with physical defeat.

"As a result, the policeman used tear gas to resist aggression and allow transport to be shipped safely. The  lawfulness of the policeman's actions is to be examined by the Orhei Prosecutor 's Office , and INP will also analyze the video of this incident, from the prospect of possible violations of the law, but also from the perspective of analyzing the way of action of its employees", the communique notes.

In this context, the  Police asks protestors to comply with legal provisions and not resort to challenges, aggression or attempts to hinder police activity: " Any kind of deviation from legal norms raises direct responsibility to the organizers of public demonstrations and of those who committed the illegalities and the law enforcement agencies will apply the law to maintain public order when it is disturbed".

PUBLIKA.MD recalls that  George Patch was convicted of rape to three years and six months of imprisonment in semi-closed prison type. The former border guard has to pay a fine of 30 thousand lei because he has illegally entered the victim's home. The decision was pronounced by the Orhei Court.

After the sentence was pronounced, Petic's supporters, gathered in front of the court, began to be aggressive. To ease him, the police used tear gas.

Gheorghe Petic was arrested in October last year after being charged with a woman's rape. He was surprised by a surveillance camera while entering the victim's house, and on his clothes were found biological samples belonging to the woman.