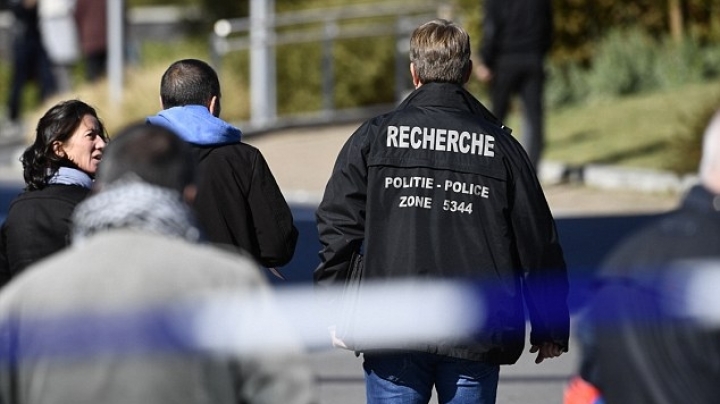 Two police officers were stabbed as one of Belgium's busiest train stations was evacuated due to a bomb scare, reports Daily Mail.

The officers were attacked by an unnamed individual in a busy main road in Schaerbeek, known as a 'hotbed of jihadism'.

Police shot the suspect in the leg and arrested him.

The assailant has been named in Belgian newspaper De Standaard as 43-year-old 'Hicham D', a Belgian national who was formerly in the armed forces and known to the security services.

He is reported to have had contact with jihadi fighters who had returned from Syria.

Federal prosecutor's spokesman Eric Van Der Sypt said 'we have reason to believe it is terror-related.'

The prosecutor's office said the man stabbed one of the police officers in the stomach and the other in the neck.

Schaerbeek has become synonymous with terrorism after a dilapidated 1960s flat in the neighbourhood was used by three jihadists as a bomb-making safehouse prior to the devastating airport and metro attacks on March 22.

Several terror suspects linked to the coordinated Paris attacks last November were also based in the district.

The attack came hours after commuters were ordered to leave Brussels Nord Train Station as it was swept for explosives.

The station was re-opened at around 3pm local time.

The same station was evacuated two days ago as officials investigated a suspect package found in a car parked outside.

Belgium has been on high alert after coordinated suicide bombings at Brussels airport and at Maalbeek metro train station, which left 35 dead and was the deadliest terrorist attack in the country's history.