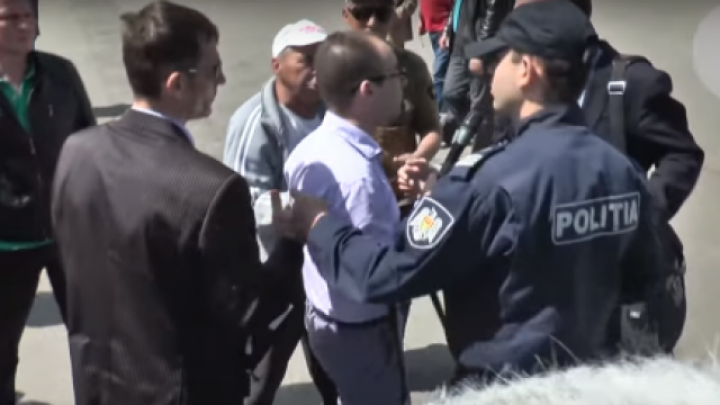 The journalist was repeatedly yanked and verbally assaulted by DA Platform Party activists, backed up by the Ţopa fugitive convicts. The incident occurred on Monday on the central square in downtown Chisinau.

So far, only one DA Platform Party activist, Aureliu Pisica, has been fined 500 Moldovan lei for hitting Ungureanu’s stomach.