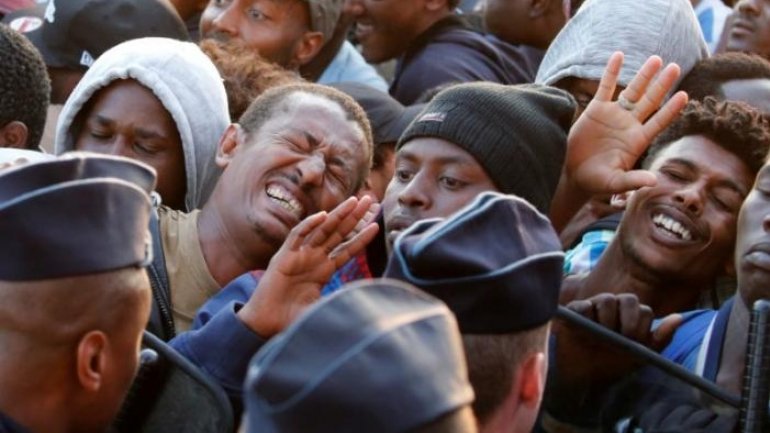 French police evicted thousands of migrants living on sidewalks in an area of northern Paris as dawn broke on Friday - many of them people who fled war or strife in countries as far away as Sudan, Eritrea and Afghanistan.

Dozens of police and white police vans moved in at around 5 a.m. (0300 GMT) to clear the area where Paris City Hall official Dominique Versini said numbers have swollen to between 2,000 and 2,500 people.

About 100 a day were arriving in the area called the Porte de la Chapelle in the north of Paris, she told CNews TV station, noting many came from eastern Africa as well as the Middle East.

"These illegal camps present a security and public health risk for both the occupants and local residents," the Paris police prefect's office said in a statement as 350 police and other officials conducted the clear-out.