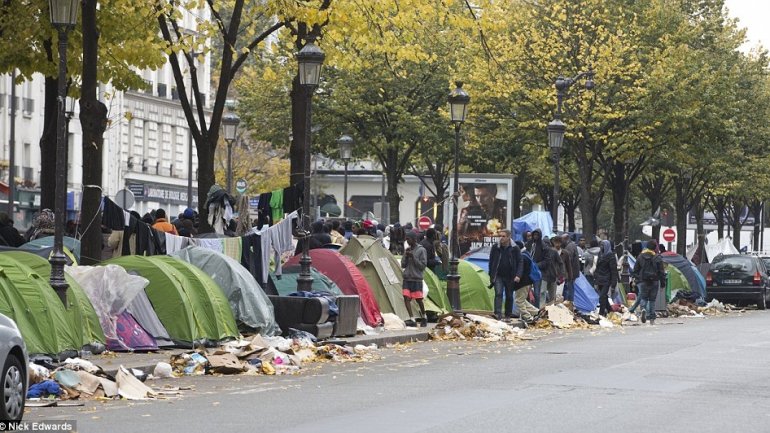 Police in northern Paris Tuesday evacuated a tent camp where some 1,000 migrants, mostly from Afghanistan and Sudan, were living in squalid conditions.

Hundreds of police moved in at dawn to remove the migrants, camped between major access roads into the capital, an AFP journalist said.

The settlement at the Porte de la Chapelle area of the city was located just metres from a new refugee transit centre set up by Paris city authorities late last year to take asylum-seekers off the streets but which has limited space available.

These "illegal camps" present "major risks for the security and health of their occupants as well as for local residents," Paris police said in a statement.

Police halted road traffic on a major crossroads in the north of the city in order to gain access to the camp, where a fight between migrants last month left several injured.