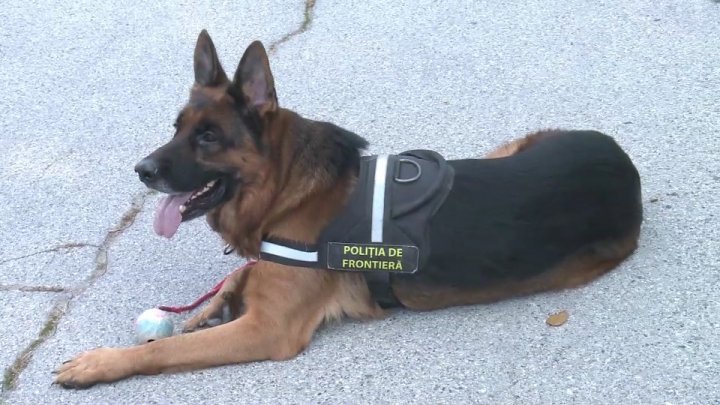 Twenty police dogs and their instructors from border police and civil protection took part in the 2019 Biathlon. They had to pass a 9-kilometer route full of obstacles.

The first challenge was crossing a river and pass swamp long 50 meters.

"The dogs listen to us very well. They are excellent!", said one of the police.

Then they had to run until polygon and grabbed arms. Fines were issued for every missing target.

One of the instructors were a female border police.

"It was easy for me because I knew how to run and what were the challenges. It was pleasant", said the police.

The best participants were awarded diplomas and medals. Andrei Pântea and his dog Flash won the first place.

"It helped me a lot in this competition", said Andrei Pântea.

According to organizers, the event is useful for they have to train and develop their skills.

"Passing obstacles such as river, crawling, jumping, grabbing arms requires the participant's essential skills which the police and the dogs have to utilize every day", said representative of organizers.

The winner will represent our country in the international competition scheduled in Lithuania in August.