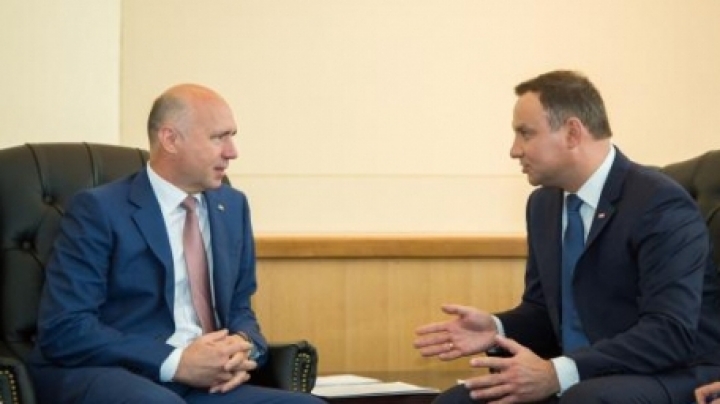 Poland is ready to share its experience with Moldova on implementing the reforms on European integration. A statement to this effect was made by President of the Republic of Poland, Andrzej Duda, during the bilateral meeting with Prime Minister of Moldova Pavel Filip, held in New York in the context of attendance at the session of the 71 th UN General Assembly.

The two officials made a review of current issues on the bilateral agenda, special attention being paid to promoting further political dialogue. It has also been agreed to intensify cooperation in trade-economic and implementing concrete projects in areas of common interest.

In this context, Pavel Filip thanked Poland for maintaining Moldova on top of beneficiary states of development assistance, including loan granted to our country of 100 million euros for agricultural development. Head of the Moldovan government expressed also confidence that it will be fully utilized by Moldovan farmers.

In turn, Polish President reiterated his country's openness to support Moldova's European path and reforms in our country. It also reiterated Poland's readiness to share its experience of transition.

In other news, President Andrzej Duda invited Moldova to join the regional development project within the EU, launched by Poland, aimed at enhancing infrastructure, energy sector and railways. The project aims, among others, diversification of insurance of natural gas in the region.