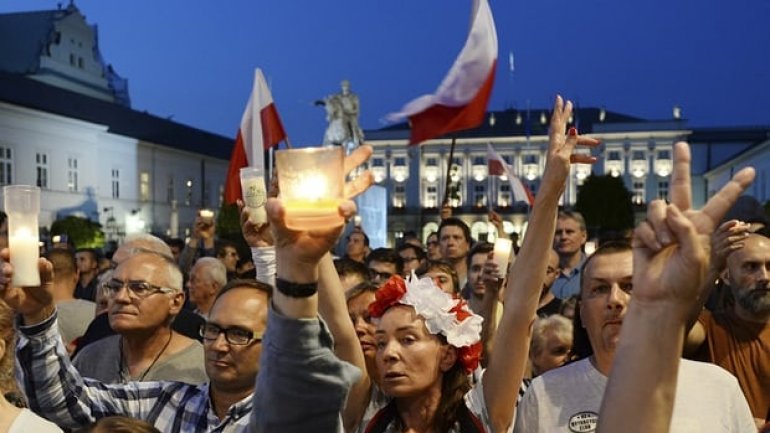 Rightwing government’s planned reforms for legal system could prompt triggering of article 7 for the first time.

The EU is on the brink of taking the nuclear option of stripping Poland of its voting rights in Brussels in response to plans by its rightwing government to “abolish” the independence of the country’s judiciary.

Frans Timmermans, the first vice-president of the European commission, accused Warsaw of seeking to put judges under full political control as he warned that the EU was “very close” to triggering article 7, a never-before-used sanction in the treaties that allows a member state’s voting rights in the council of ministers to be suspended.

Poland’s ruling rightwing Law and Justice party (PiS) has been in almost constant conflict with the European commission since it was elected. In recent weeks the Polish government has proposed a series of reforms that would give ministers power over the appointment of judges and members of the country’s supreme court.

Timmermans told reporters in Brussels that the recent proposal from the Polish government to increase political control of the judiciary was a grave threat to the fundamental values of the EU.

Andrzej Duda, Poland’s PiS-aligned president, had sought to calm the situation on Tuesday evening, as crowds gathered outside the presidential palace for a candlelit vigil to demand he veto the supreme court legislation.