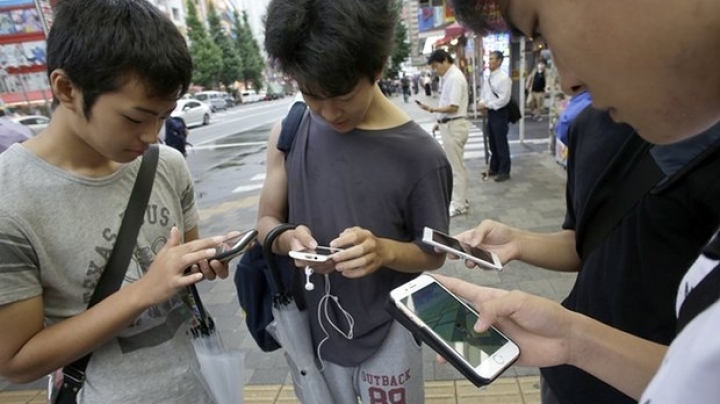 Pikachu has finally come home. After one abruptly cancelled launch, concerns about server capacity and government warnings about security, Pokémon Go was launched in Japan on Friday, reports The Guardian.

The hit augmented reality game’s release in Japan – long after It appeared in dozens of other countries – sparked a flood of celebratory messages on social media.

One Twitter user noted that players had already started congregating in front of one of the stages at the Fuji Rock Festival.

Niantic, the US firm that developed the app along with Japanese video game maker Nintendo and the Pokémon Company, confirmed that the long wait in Japan was over. “We are truly happy that we have been able to bring this to Japan, where Pokémon was born,” Niantic said on its blog.

One of the Japanese creators of the game apologised for the delay.
“To everyone in Japan: I am sorry to make you wait for so long,” said Jyunichi Masuda, the head of development at Game Freak, the developer of the original Pokemon game. “Pokémon Go can now be played in Japan.”

Friday’s launch comes more than two weeks after the mobile app was released in Australia, New Zealand and the US, before hooking gamers in more than 20 other countries. It is now available on more than 40 countries.

The app is expected to repeat its success in Japan, although some have questioned the practicality of hunting for hundreds of virtual pocket monsters in crowded urban centres such as Tokyo.

Reports of Pokémon Go-fuelled crimes, accidents and mishaps overseas prompted Japan’s government to launch a public awareness campaign on Thursday, a day after the game’s scheduled release was delayed following leaked reports of a commercial tie-up between Nintendo and its two co-developers, and McDonald’s Japan.

The fast-food chain’s involvement is expected to add to the revenues the app is already accruing from in-app purchases. Reports said 400 McDonalds outlets in Japan had been designated as Pokémon Go “gyms”, where players can battle on their smartphones.

While the launch will be greeted with relief by Nintendo, whose share price more than doubled to 4.5 trillion yen (£32bn) in the days after its debut.

But Japan’s National Centre for Incident Readiness and Strategy for Cybersecurity urged gamers not to play while walking or riding a bicycle, and to ensure that their hunt for monsters does end with them being arrested for trespassing.

The centre issued nine safety tips that also cautioned gamers over the risk of heat stroke during Japan’s hot and humid summer months.

Niantic’s chief executive, John Hanke, said: “When you go out to play, keep your head up, look around, enjoy the world around you and be safe,” .

Even the government’s top spokesman, Yoshihide Suga, was moved to comment on the public safety implications of millions of people fixated on their smartphone screens.

“Looking at what’s happened overseas, people need to use their smartphones safely,” Suga told reporters, according to Kyodo News, adding that the government was “pleased that content from our country has become well-known overseas”.

In the US, where Pokémon Go saw 10m downloads in just a few days after its release, some players have walked into obstacles and injuring themselves.

In Ohio, three teenagers reportedly stumbled on to the premises of a nuclear power plant, while in California two men fell off of cliff while hunting for characters.

Japanese railway companies implored passengers not to use the app while waiting for trains at busy stations. “We’ve been repeatedly asking them not to use smartphones while walking on platforms,” said Tatsuo Kijima, president of West Japan Railway.