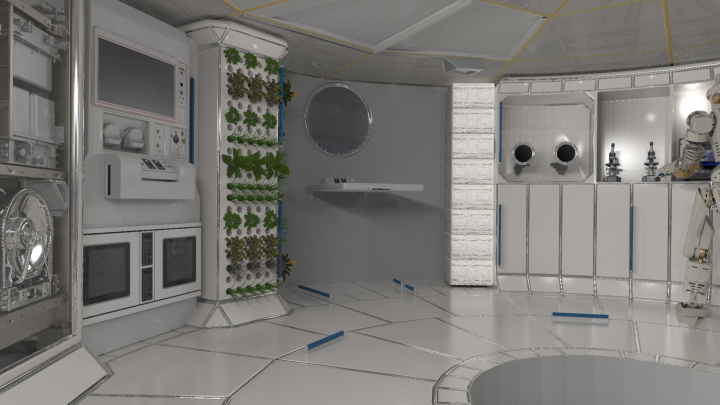 According to NASA, an effective habitat contains “pressurized volume plus an integrated array of complex systems and components that include a docking capability, environmental control and life support systems, logistics management, radiation mitigation and monitoring, fire safety technologies, and crew health capabilities.”

“The ground prototypes will let NASA and the partners evaluate configurations of the habitat, how the various systems interact together and with other capabilities like propulsion modules and airlocks, and will provide platforms to test and ensure the standards and common interfaces being considered are well thought out,” NASA stated.

NASA said the six companies would have about 24 months to develop ground prototypes and/or conduct concept studies for deep space habitats.

NASA has estimated the combined total of all the awards, covering work in 2016 and 2017, will be approximately $65 million, with additional funding continuing into 2018. Selected partners are required to contribute at least 30% of the cost of the overall proposed effort, the space agency said.