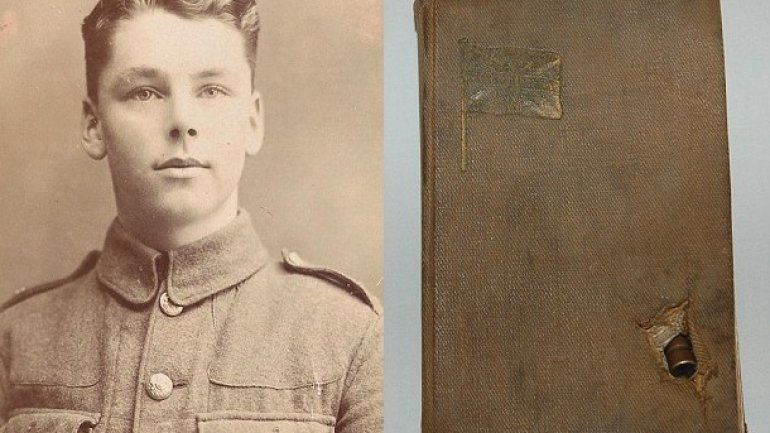 A First World War soldier was saved when a pocket Bible which he was carrying in his pocket stopped a German bullet from hitting his heart.

Leonard Knight, 17, had put the Bible in the breast pocket of his uniform when he was shot at by an enemy.

The round penetrated the hardback front cover but was stopped from travelling any further by the thickness of the book.

Incredibly, the bullet halted around 50 pages from the end and Leonard escaped without a scratch, informs Daily Mail.

The teenager had been given the book by his aunt Minnie Yates, who wrote a note inside saying: 'To Leonard, with love from Aunt Minnie. July 1915'.

It is not known what happened to the young soldier after the near-miss - or where exactly it took place - although he is believed to have survived the war.

His Bible - which still has the bullet embedded inside - has now been passed down through five generations of his aunt's family and is currently in the hands of Paula Ryan, 60, and her daughter Claire.

It is believed that Leonard lived into his seventies but suffered with PTSD after seeing the horrors of the war.