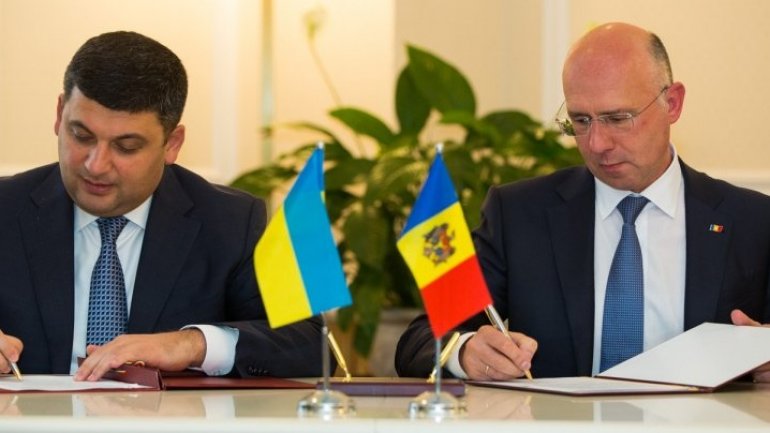 Prime Ministers of Moldova and Ukraine have signed the roadmap regarding the cooperation between two states for 2018.

The documents stipulates the priorities in bilateral agenda and firm intention to collaborate in implementing Association Agreement with the EU.

Among the priorities mentioned is the interconnection of energy systems of two countries with the European energy system, ensuring the alternative of gas supplies.

The authorities also emphasize to capitalize the dual transport potential in European direction, including the bridge construction near Soroca and Iampol, the restoration of the "Basarabeasca – Berezino" railway sector as well as the inclusion of the "Edineţ - Viniţa" in the trans-European transport network TEN-T.

The Road also promotes the joint control at crossing points Moldova - Ukraine as well as collaboration on border management based on European standards, including the Transnistrian sector.

Economical cooperation is intensified as well. Joint development of production and export to EU market will be established next year.

Likewise, Moldovan-Ukrainian intergovernmental commission for commercial and economic cooperation will be ensured.

The document signed today is a continuation of the Roadmap for the development of the Moldovan-Ukrainian collaboration for 2017, which was signed in Kiev in February by Pavel Filip and Volodimir Groisman. Due to its implementation, the volume of bilateral trade between the two states increased by about 31 percent.

Also today, the bilateral agreements on the readmission of persons residing without authorization, together with the protocol on its implementation, and the joint control of persons, means of transport and goods at common border crossing points of the Moldovan-Ukrainian state border .