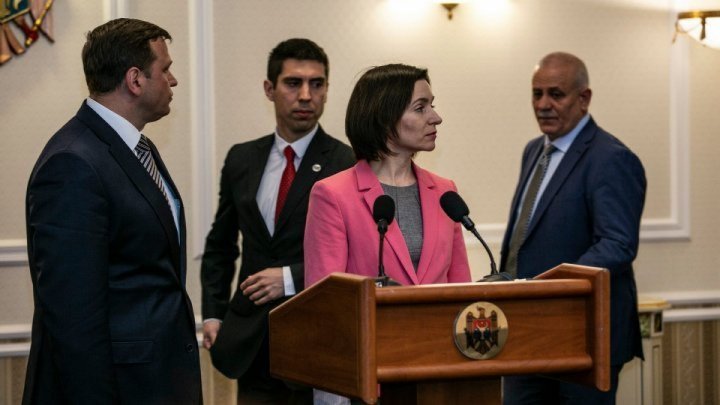 PM Maia Sandu and Internal Minister Andrei Nastase contradict with each other by their statements over the visit of Russian Defense Minister Sergey Shoygu to Chisinau. While Nastase said the policemen ensured the public order on August 24, Sandu denied and confirmed the Government didn't involve in this process.

Andrei Nastase: As many as people needed were deployed to respect the procedures. I can't give you now estimation of their cost.

Maia Sandu: Internal Ministry didn't offer such service, I think President must have demanded it, because they could have provided formal service.

Russian Minister Shoygu paid a visit to Moldova on August 24 at the invitation of President Igor Dodon. Right in front of Presidency headquarter, Dodon and Shoygu were greeted by protesters who demanded the withdrawal of Russian troops in the territory of Moldova.

In order to reach Moldova, Shoygu had to fly over Poland, Slovakia, Hungary, Romania due to prohibition to transit over Ukrainian airspace, according to the Romanian Defense Ministry.