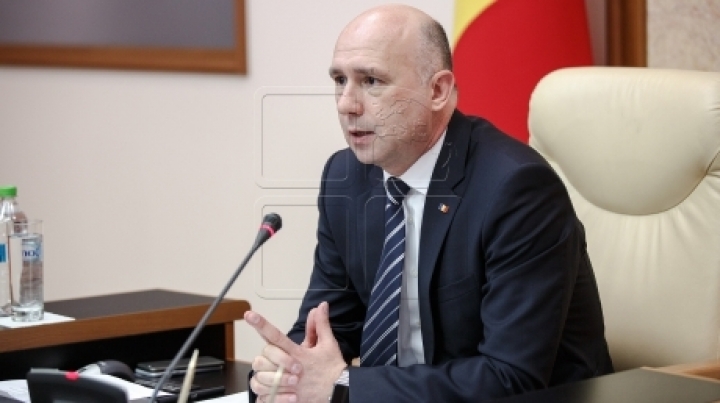 Prime Minister Pavel Filip has presented today in Parliament the package of seven laws that the Government has assumed responsibility on. The documents have been agreed with the International Monetary Fund. It's about laws aiming to rule in the banking sector, but also on amending of the state budget.

Prime Minister Pavel Filip said that the laws approved by the Government will bring transparency in the banking system. He explained that, in fact, state debt will be less than the 14 billion lei loan granted by the National Bnak of Moldova to the Government. According to Filip, the recovered money after the theft investigations in the banking system will reduce this debt.

"The contest of populism and handling has started since yesterday. I understand it is the electoral campaign, but my job is to come up with explanations to correct irresponsible propaganda of some parties. The amount that will remain the real public debt in the end is not known. It's not even a billion as they say. And yet something wrong that critics say is that the money were given by NBM for depositors from BEM to not suffer " , said Prime Minister Pavel Filip.

Until now, 700 million lei have been recovered from the money stolen from the Banca de Economii.

"Lies are being told when they say that the billion is being put on the shoulders of citizens. First to know that this debt will decrease with asset recovery with the return of the money that was stolen from BEM and the other two banks. So I'm sure that this debt will be much lower. This decision does not mean that all who were involved and will be found guilty of bank fraud will be punished" ,said Pavel Filip.

They are unhappy that the Government has assumed responsibility for more laws, socialists began collecting signatures to file a censure motion for dismissal of the Government.

The Communists and the Liberal Democrats announced they would support the initiative.

The press writes that among these is the Liberal Democratic Party of Moldova MP Chiril Lucinschi, which is one of the beneficiaries of the Banca de Economii theft.

The Parliament Speaker Andrian Candu, was astonished by the action of opposition colleagues who voted for granting emergency credit by BNM, including money refund procedure.

"The opposition talks very much about an otherwise decision. For months we are talking about the solution which was agreed with the IMF and our development partners and so far no one has come up with another alternative or another solution. If some opposition leaders who have voted one of the Government's decisions but knows nothing about it, the mistake belongs to him" , said Speaker Andrian Candu.

To initiate a vote of no confidence requires the signatures of 26 deputies. Government spades if it is voted by 51 MPs.