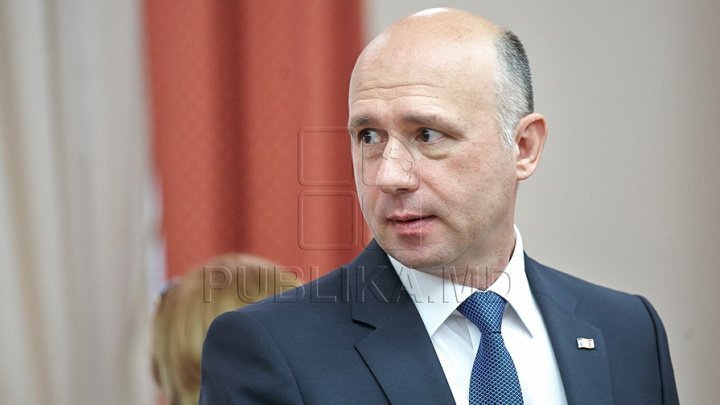 Prime Minister Pavel Filip is on a working visit to Brussels, where he will attend a series of events celebrating the tenth anniversary of the Eastern Partnership (EaP).

Prime Minister will address a speech at the High Level Conference dedicated to the anniversary and will attend the dinner offered by European Council President Donald Tusk to the six Heads of State or Government of the EaP countries.

The Moldovan prime minister will also hold a series of bilateral meetings with senior European officials, heads of state and government.

According to a communiqué from the European Council, the tenth anniversary will be marked by a series of high-level meetings with the participation of the six EaP countries, EU Member States and other parties interested.

The meeting will take stock of the progress made under the ambitious 20 Deliverables for 2020 work plan. This common agenda was adopted at the last Eastern Partnership Summit of November 2017 and aims to bring tangible benefits to the lives of citizens across the region through working towards stronger economies, stronger governance, stronger connectivity and stronger societies.

In the evening of 13 May, President Tusk will host a celebratory dinner for the six heads of state or government of the EaP partner countries. President Juncker, High Representative Mogherini and Commissioner Hahn, as well as Radosław Sikorski and Carl Bildt, former Foreign Ministers of Poland and Sweden respectively and initiators of the Eastern Partnership framework back in 2008, will also attend.

In parallel, the “Creating Together” concert will take place at the Brussels Centre for Fine Arts, BOZAR. The concert will bring together on one stage the well-known Brussels Jazz Orchestra and musicians from the six Eastern partner countries.

On Tuesday 14 May, President Juncker will host a High-level Conference in the European Commission’s Charlemagne building. This conference will bring together Heads of State or Government of the partner countries, Foreign Ministers of the European Union member states, civil society representatives, business leaders, young people and journalists from across the 34 countries High Representative Federica Mogherini, Commissioner Hahn and the Commissioner for Trade, Cecilia Malmström, will also participate. The event will be an opportunity to discuss the developments of the partnership during this first decade and exchange on its future among a wide audience of key stakeholders active in the region or directly involved in this policy framework.