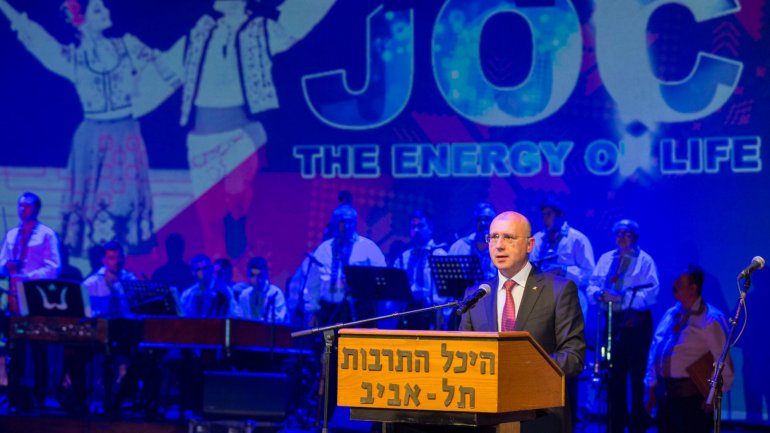 Prime Minister Pavel Filip has participated in the opening ceremony of Moldova's Culture Day in Israel. The culture manifestation takes place to mark the 25th anniversary of  Moldova–Israel relations.

During his speech, Pavel Filip has mentioned the tight relations between the people from Moldova and the Jewish community, who live in peace, friendship and mutual understanding for a very long time, enriching both cultures and traditions. Following this idea, Pavel Filip underlined the valuable contribution of many Jewish people, who have Moldovan roots, at developing and building Israel. Among them counts Shmuel Cohen - who created Israel's anthem, who was born in Ungheni.

"We are proud that such people were born in Moldova. At the same time, we regret that they moved abroad, for Moldova needs talented people" Prime Minister underlined.

At the same time, chief of Cabinet of Ministers has noted the symbolism of the inauguration of the event by the renowned National Academic Dance Ensemble "Joc".

"The 'Joc' ensemble has proven itself throughout years as an institution that promotes the most valuable traditions of our nation. They are true messengers of our national art and culture abroad" the official said.

The vice president of Knesset, Tali Ploskov, who also attended the event, has greeted Moldova's delegation, as it is also her home country.

"Moldova has amazing people and possibilities to develop in a modern and prosperous country" Tali Ploskov said.

Moldova's Culture Day in Israel is celebrated between November 9 - 11.