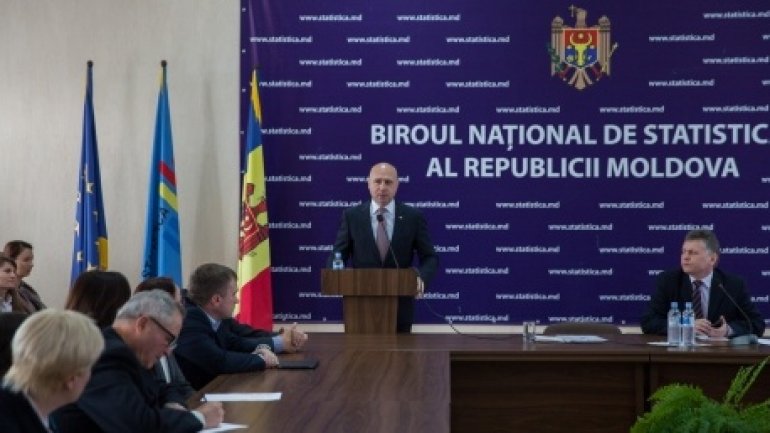 Moldova’s Prime Minister Pavel Filip has paid a visit to the National Statistics Bureau, as the Moldovan statisticians mark their professional holiday today.

The Premier has shown interest for the procession of the results of the 2014 census.

According to the Bureau’s head, Vitalie Valcov, 96 % of questionnaires have already been processed. The work is to be completed till the end of October, that’s two months earlier than planned.

Then, the data will be checked up, so as to be published in March 2017.

Pavel Filip has emphasized the process of operating the 2014 Census had been delayed and the due money had been used unreasonably.

He has vowed to make more efforts to digitalize the sector, so that the Census planned for 2020 should commit the same errors.

"A society may not call itself modern, unless it tidies up its data. We’ll offer our entire backup to the Bureau so that it provide qualitative statistical data," Pavel Filip said.