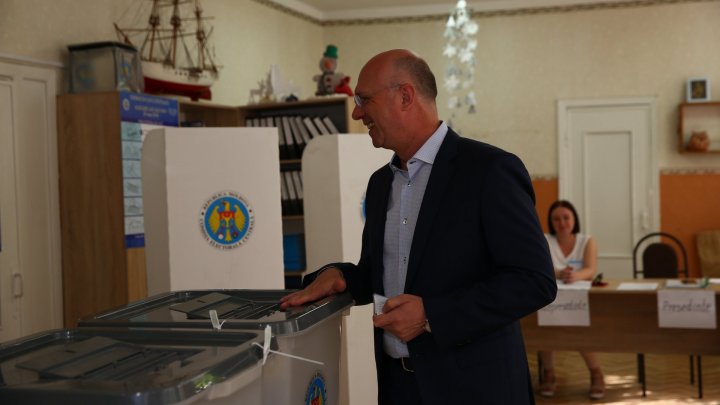 Prime Minister Pavel Filip exercised his right to vote, he came to the polls accompanied by his wife. Prime Minister has voted for a mayor to work and solve the problems of the capital's inhabitants.

"As a resident, I am worried about what will happen next in the Capital. I voted for a mayor who would come to work and not use the local elections as a trampoline for the autumn. The citizens were tired of populist and political statements in the City Hall from those wants to use the City Hall as a platform for such declarations.

We do not need a gourmet mayor but one that will solve the problems of the inhabitants of the capital. We all want to live in a clean capital where the inhabitants benefit from qualitative services with a developed infrastructure and less political battles, "said Pavel Filip.

PUBLIKA.MD reminds that more than 630 thousand inhabitants of Chisinau are expected to vote for the mayor.

Citizens can exercise their right to vote until 21.00.

11 candidates craved the mayor's office of the capital, which remained free in February, after Dorin Chirtoaca's resignation. Most of them, namely 10, are members of political parties. Only one contender runs independently.

For the elections to be considered valid, at least 25 percent of the number of people entered on the electoral roll must be at the polls. If none of the 11 candidates accumulate at least half of the voters' votes, in two weeks, on June 3, the second round will take place.