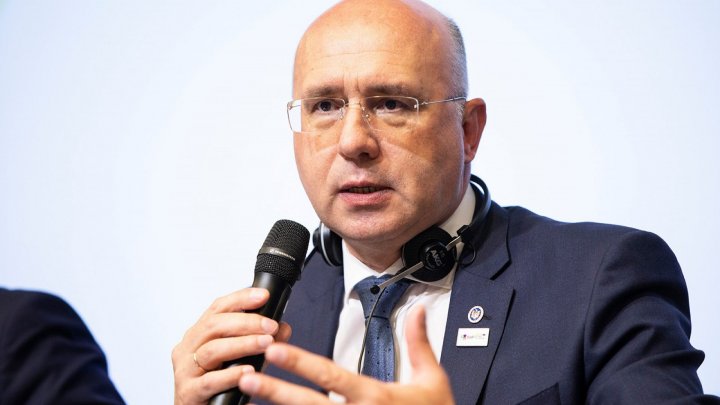 Republic of Moldova is interested that Eastern Partnership is a long-term initiative, said PM Pavel Filip.

"Association Agreement is important to consolidate economy, governance and our society. But it's also important that this objective is carried out in partnership with EU eastern neighbors.

Ten years ago, EU proposed its neighbors a new page of relations. The factor determined by this partnership was the major transformation processes which our country passed. The region relation then no longer corresponded to eastern neighbors' expectations, neither EU interests. Thus, the proposal to launch Eastern Partnership was a needed stage historically.

This is the fifth year since the Association Agreement was launched. The visa-free regime with the other states is functioning. Thanks to the free trade zone, EU became the major trade partner and the largest investor in Moldova. Two third of Moldovan citizens travel to EU without visa. Over two third of Moldovan exports reach EU market.

At the same time, there are many lessons we have learned. You can't do anything without a team. You need to invest not only in authority capacity but also necessary skills. You need to communicate effectively and guard against misinformation. However, there were difficult reforms that are only implemented thanks to the will and police deployment.

We have things to to. We need to fulfill the commitments to build a good governance, ensure a democratic standards, legislative harmony. Some reforms are carried out easily. This is a hard work which we need time to fulfill.

As a prime minister, the country's development strategy is really important. The fundamental dilemma is how can we make partnership continually attractive for partners who aspire europe to feel partnership offer them a clear perspective?

I was encouraged by the reference to European perspectives by European countries in Sibiu. It's a positive and necessary sign. Republic of Moldova is interested that the Eastern Partnership is a long-term initiative. On behalf of Moldova, I have five key messages:

1. We propose to move from cooperation towards cohesion in the next five-ten years. The concept to promote the cohesion is well known in the whole EU. We propose to think creatively and find a modification to apply in relation to eastern neighbors to set off several key sectors.

2. In order for people to feel positive changes, we propose to launch an emphasis on service sector. First, the services people get to used daily such as public transport, health, public service, telecom, financial service, etc.

4. Security must become a real priority of Eastern Partnership.