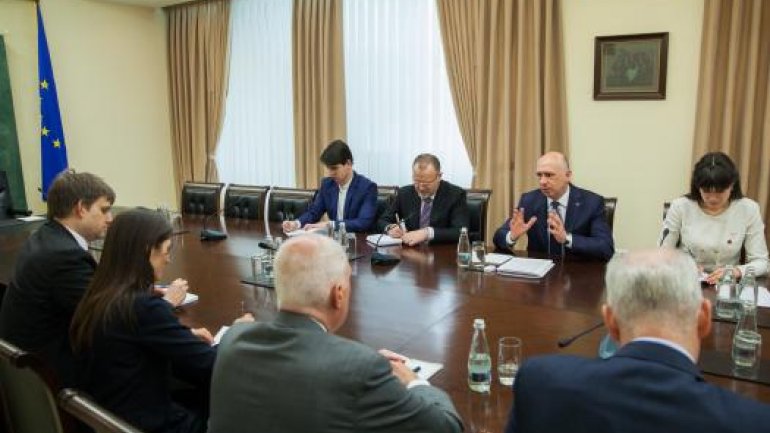 The Prime Minister Pavel Filip held a meeting with the Personal Representative of the OSCE Chairman in Office on Combating Anti-Semitism, Andrew Baker, who is on a working visit to Moldova. Officials have drawn attention to the Holocaust in Moldova and underlined the need to promote tolerance and mutual respect in society.

During the dialogue, Pavel Filip has enunciated the Chisinau authorities' commitment to work together with the Hebrew community to find solutions to the problems. "Moldova is an multi ethnic country, and tolerance is most valuable. We still need to educate society in this spirit. Hebrew community representatives should feel good and safe in our country" , said Pavel Filip.

The head of the Executive spoke recently on the approved action plan on promoting Holocaust remembrance and education in this field, noting that the government will take concrete measures for achieving results in this regard.

In turn, the Personal Representative of the Chairman-in-Office of OSCE on combating anti-semitism praised the opening of the Chisinau authorities for dialogue, noting the approval in July 2016 of the Declaration on acceptance of the Report of the International Commission on the Holocaust and the establishment of day 27 January as international day commemorating the victims of the Holocaust.

"The Action Plan for the implementation of documents approved by the Moldovan authorities must be complex, with a vision for the future. In the process of educating the younger generations about the Holocaust consequences should not rely solely on Hebrew community's efforts in this area" , said Andrew Baker.

Officials have also exchanged views on the possibility of opening a museum of the Hebrew people in Chisinau and the importance of resolving the issue of the former synagogue Rabbi Ţirilson. In this context, Pavel Filip said that the government has already launched a series of actions and discussion on this topic in order to identify opportunities for building the museum and amicable settlement of differences concerning the synagogue Rabbi Ţirilson.