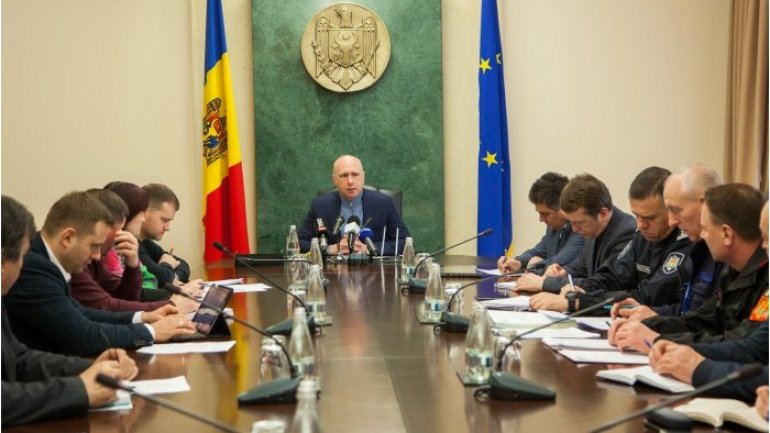 The Committee on Extraordinary Situations had a meeting, during which the results of the intervention actions were presented for the removal of the consequences of heavy snowfalls and the updated assessment of the situation.

At the beginning of the meeting, Prime Minister Pavel Filip thanked all those involved in the liquidation of the consequences of bad weather, especially the structures that are part of the Crisis Cell, who have mobilized to the maximum.

At the same time, the Prime Minister stressed that the situation remained difficult, especially in connection with the localities' re-connection to electricity.

"Everything should be done to reconnect localities to the power supply. The distribution and installation of generators should only take place via the Crisis Cell. There should be no call without attention" , said the Premier.

In this respect, the competent structures present at the meeting reported that inventories and testing of the generators took place and were ready to be commissioned at the request of the local authorities. In the South of Moldova, where the worst is the situation, a technical solution was found to power the affected localities by means of a lesser electricity line.

Another important aspect is the removal of fallen branches and trees, both from the localities and from the riverside, in order to avoid flooding. For this purpose, professional cutters will be involved. The pond owners also were urged to organize coordinated leakage from the ponds.

During the meeting, the Prime Minister asked the Agricultural Ministry to start the assessment of the losses at the level of district centres, in addition to advising agricultural producers via hotline, so that the info could later be analyzed on the platform of the National Emergency Situation Commission.