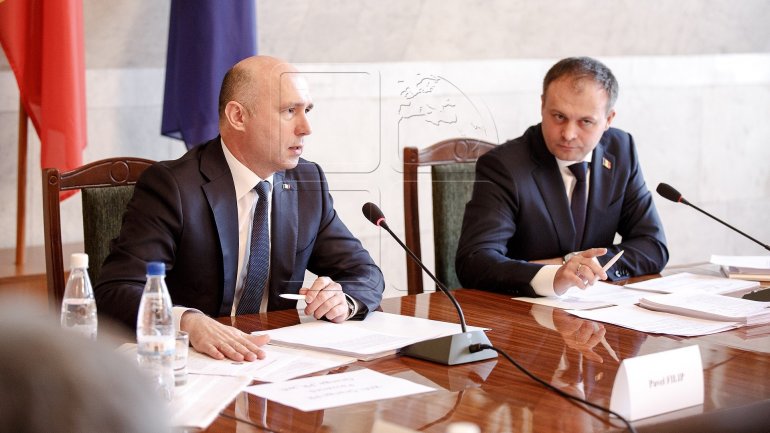 Both the Government and Parliament will have a constructive relationship with the newly elect president. Pavel Filip and Adrian Candu congratulated both candidates who competed in the presidential runoff.

On a social network, Prime Minister Pavel Filip stressed that Moldovan citizens should be the only winners. Andrian Candu said that Moldova's European future does not depend on one man, be he the president.

Prime Minister Pavel Filip said that the Association agreement and reforms are irreversible, regardless of the presidential election results. The prime minister said the President, Parliament and Government should work together to achieve goals.

The head of the Executive has stated that the election period must be left behind, to return to the domestic agenda of reforms. According to Pavel Filip, collaboration is the key to reforms and modernization, especially after the presidential election.

Regardless of the election results, Moldova should keep its European course.

According to Andrian Candu, the presidential campaign has been tough, and the nation is divided by many issues exaggerated. However, Moldova will follow the European course with a period of difficult, but absolutely necessary reform. The representative of the Democratic Party believes that although the country will have a left party President and center-right government, the project to join the European Union remains the most important one.

Metropolitan Bishop Vladimir has also congratulated Igor Dodon. The bishop expressed his hope that the new president will make significant progress during his mandate.