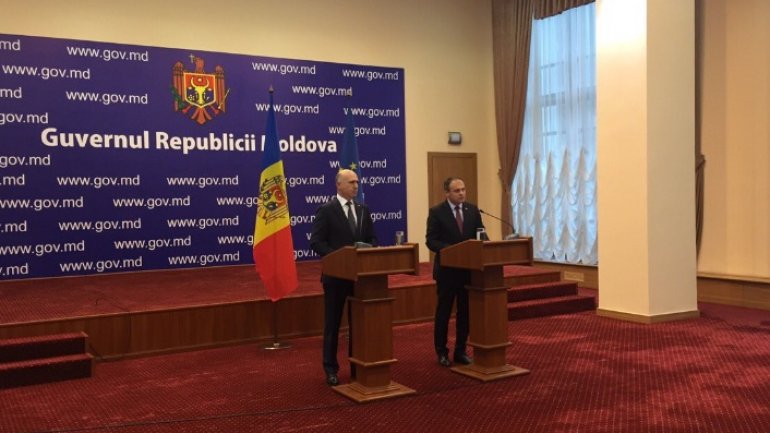 The IMF Executive Board approved the program for Moldova's funding. The three-year program, during which time the Republic will receive approximately $180 million.

In this context, Prime Minister said that transparency will be the key word in the release of external financing.

"The most important news is that we have unlocked the external financing. Many have tried this year to tell people that it will not be possible. These were only attacks and speculations. They doubted that we could carry out the Roadmap and the IMF Agreement. But the Roadmap is long accomplished and now the IMF agreement also. Our firm commitment is to significantly improve the economic governance" , said chief executive.

Also, Prime Minister Pavel Filip said that the access to the program is equivalent to about 178.7 million dollars or 75% of Moldova's share.

"The first tranche amounting to almost 36 million dollars will be provided to Moldova as soon as the agreement will be signed. The remaining amount will be provided in five steps. The 2017 year will not be easy, but will be the year of reforms" , said Pavel Filip.

Speaker Andrian Candu, said that the decision of the IMF is a message of change for Moldova.

"It's a message of change for the country's image. Moldova has credibility. Yesterday's IMF decision is a sign from foreign partners and foreign investors. The crisis image that we faced has ended, we can now move to the development stage of the country" , said Andrian Candu.

Head of parliament said that Parliament will continue to maintain and provide full support to the Government.

Pavel Filip noted that the program text will be published in the coming days.