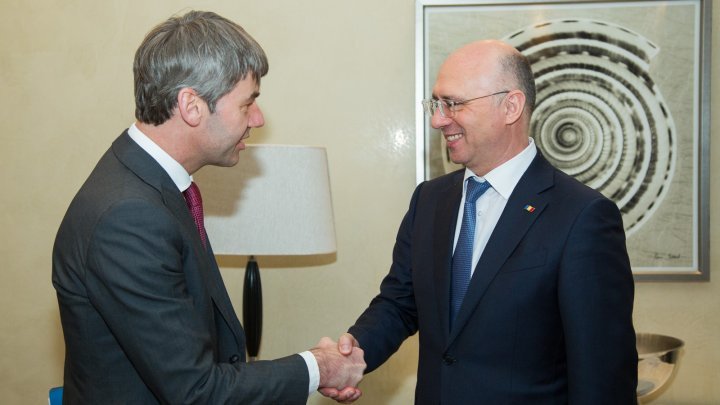 During an official visit to Munich, Prime Minister Pavel Filip met with German foreign policy adviser, Jan Hecker. The parties exchanged opinions regarding the cooperation between Moldova and Germany, as well as our country's realization of European reforms.

Prime Minister has expressed his gratitude for the constant political support Germany offered Moldova on its European track. Here, Pavel Filip mentioned that he hopes for the meeting of the European Action Group of the Republic of Moldova, which will take place on 26 February 2018 in Brussels, to go smoothly.

At the same time, the official has thanked Germany for supporting the regulatory process of the Transnistrian conflict, including in 2016, when Germany had the presidency of OSCE.

In his turn, Jan Hecker declared that Germany will continue to support the sovereignty and integrity of Republic of Moldova, implementation of reforms, actions to modernize and make the activity of public institutions from our country more efficient