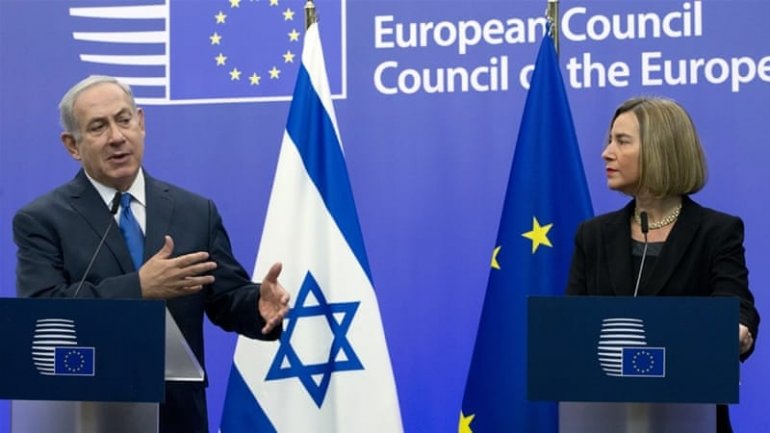 Ahead of a meeting with EU foreign ministers in Brussels, Netanyahu said Trump's move, condemned by the Palestinians and by European governments, would contribute to peace in the Middle East. He called on the Palestinians to recognize Israel as a Jewish state and to accept that Jerusalem was its capital.

"I think what President Trump is put facts squarely on the table. Peace is based on reality," said Netanyahu. "I believe that all, or most, European countries will their embassies to Jerusalem, recognize Jerusalem as Israel's capital and engage, robustly, with us for security, prosperity and peace," he added.

Moments earlier, EU foreign policy chief Federica Mogherini told reporters as she greeted Netanyahu on the first visit to the EU by an Israeli premier in 22 years, that the bloc would continue to recognise the "international consensus" on Jerusalem.

"We believe that the only realistic solution to the conflict between Israel and Palestine is based on two states with Jerusalem as the capital of both, the state of Israel and the state of Palestine along the '67 line, this is our consolidated position and we will continue to respect the international consensus on Jerusalem," said Mogherini.

The EU, she said, would step up its peace efforts and would hold talks with Palestinian President Mahmoud Abbas next month.

She also condemned attacks on Israel and on Jews elsewhere in the world, including in Europe. Trump's plan to move the U.S. embassy from Tel Aviv to Jerusalem, which the United Nations secretary-general said could damage peace efforts, has prompted sometimes violent protests.

The Israeli leader stressed his country's partnership with Europe, saying its intelligence cooperation had helped prevent militant attacks while its security role in the Middle East had curbed Islamic State's expansion in the region.