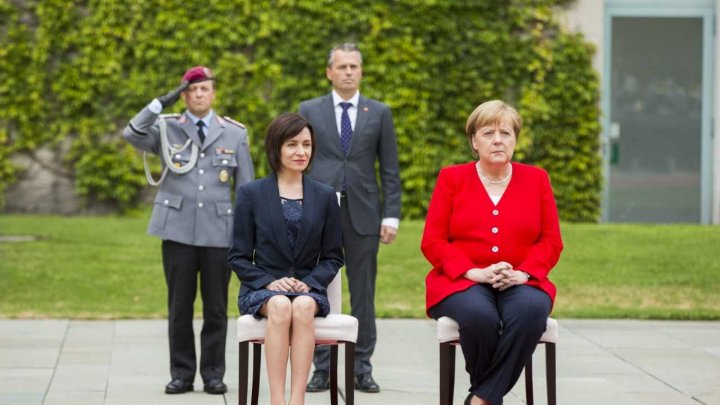 According to law regarding Moldovan State anthem, participants stand during public anthem singing.

After the official ceremony, Maia Sandu and Angela Merkel held a press briefing. Their discussion aimed at Moldova - Germany relations and Moldovan path to European Union.

"We're counting on your support to transform Moldova into a prosperous European country, where the citizens' interest are placed priority", said PM Sandu.