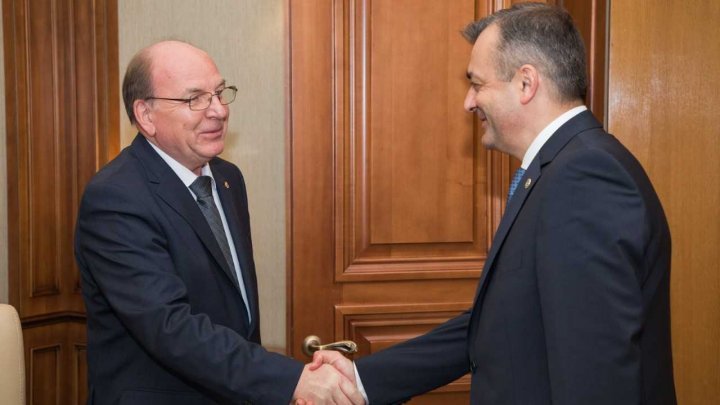 Prime Minister Ion Chicu has reconfirmed the government’s openness for improving the strategic partnership with Russia. The PM highlighted the need to develop the bilateral relations on the political, social and economic dimensions, which will bring benefits to both states’ citizens. The prime minister made statements to this effect at a today’s meeting with Russian Ambassador to Moldova Oleg Vasnetsov.

The sides appreciated the importance of boosting the multidimensional dialogue, including through the Moldovan-Russian inter-governmental commission for commercial and economic cooperation. The last meeting of this commission was held in September 2019. The participants in the then meeting approved more initiatives for the development of the economic relations and the officials today gave each other assurances that their sides would do their utmost for their carrying out.

„This government is technocrat and is willing to establish friendly ties with all Moldova’s partners. For us, it is important to re-establish the partnership with Russia and enhance the level of mutual trust,” the PM said.

The prime minister and the Russian ambassador approached more aspects of common interest which need to be solved as soon as possible, among which: identifying solutions as to the export of Moldovan farming goods to Russia, issuance of authorizations for carriers and expressed interest in the development of the bilateral cooperation in the social sector.

Russia’s Ambassador Oleg Vasnetsov congratulated the prime minister on taking over the office and expressed the Moscow authorities’ openness to solve the priority subjects.