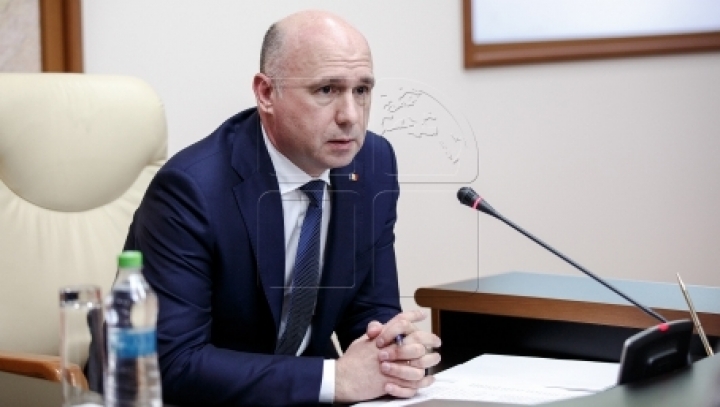 Moldovan premier Pavel Filip has written on social media that “by their gesture the opposition MPs show they wanted a Government to fail, they want Moldova to fail, they are scared things start to move on the right path."

"I see the positive side of this gesture which wants the dismissal of the Government without any serious argument. It is a confirmation of that the results achieved by the Government bother some political circles who want instability and chaos."

"The stability scares because it means that they will not soon be at power. It's not by chance that this motion is filed now, when Government is about to finalize the road map agreed with development partners, whereby we demonstrate that we have fulfilled all the commitments made at the beginning of our ruling."

"It's no by chance that the motion is filed now, when preparing important actions related to a clean and transparent banking system, as agreed with the IMF. Not by chance did they this now, when we have reached an agreement with the IMF to unlocked the funding and to balance the economy," Pavel Filip writes.

The no-trust vote is to be considered next week, as the Cabinet is to appear in the Legislature.

51 MPs must vote to oust the Filip Government.