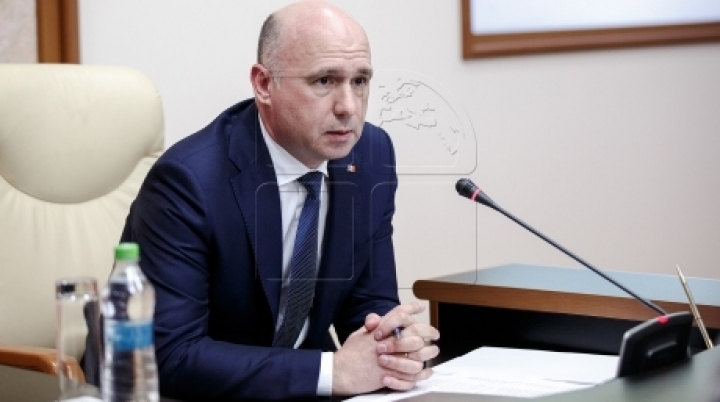 The police acted adequately and in accordance with the Law to prevent mass upheaval at the protests of August 27. Prime Minister Pavel Filip made the statement at today’s sitting of the Cabinet. He has regretted some political entities had used the Independence Day with electoral purposes.

"I qualify the actions of the law-enforcers, of the police, as adequate, given the situation. The Government does have the capacity to ensure the public order and we’ll continue to do so. The public order in Moldova shall be ensured. We’ll overcome all the challenges and intentions to make mass havoc," Pavel Filip maintained.

The police started a criminal inquest into the violence having taken place in Chisinau’s downtown on the Independence Day. On August, 27, as the military parade and the concert were proceeding, protesters tried to force the row of police keeping the public order.

The law-enforcers put up resistance. The manifestations were staged by members and supporters of ‘Partidul Nostru’ Party and of the ‘Dignity and Truth’ Party.