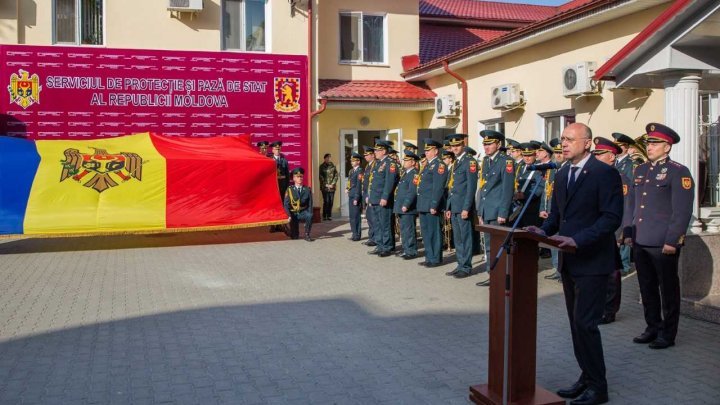 PM Filip emphasized that the flag is a symbol of our independence, sovereignty and national values.

"Our ancestors showed us that in order to rasie our flag, we must rise from your knees. We tried to rise to the height and dignity of the tricolor. In the past three years, we have held our head up high: from UN agenda we requested removal of foreign military. We manged for the first time to control our border including central segment. We said clearly that our citizens' interest and national interest are placed high priority", declared PM Filip.

The Head of the Executive stated that the Flag represents, in fact, dignity, unity and courage.

"Patriotism means that you give up your wishes in favor of everything which this flag represents. It's a lesson for all politicians. We should learn to look in the future, to learn to show unity, dedication and love for our country", said PM Filip.

During the event, a group of PSGS officers and non-commissioned officers were awarded Honorable Diplomas of the Government.