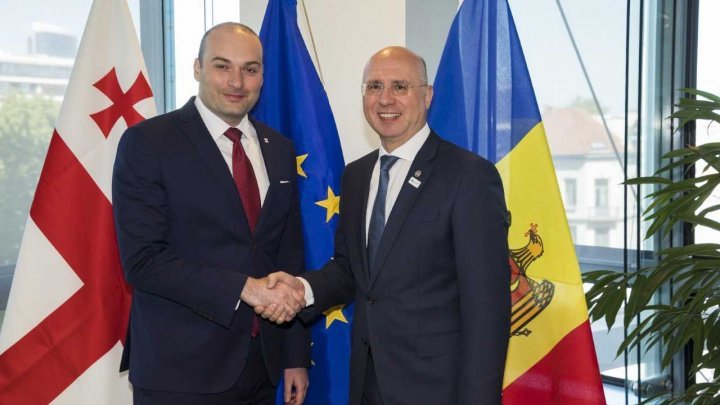 Prime Minister Pavel Filip met with Georgian Prime Minister Mamuka Bakhtadze on Monday. The meeting took place in the margins of the events celebrating the tenth anniversary of the Eastern Partnership (EaP) scheduled in Brussels.

The Prime Ministers of the two countries addressed issues related to Moldovan-Georgian bilateral relations and good cooperation within international and regional structures, focusing on EaP and the prospect of EU integration.

Pavel Filip and Mamuka Bakhtadze said that the Republic of Moldova and Gerogia are interested in giving a new impetus to the Eastern Partnership to achieve tangible results.

The Republic of Moldova was interested in taking over the Georgian experience in the field of tourism development.