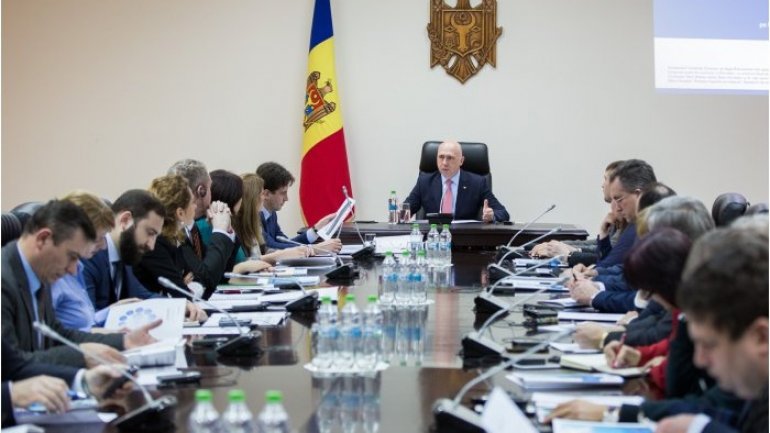 Prime Minister Pavel Filip presided the meeting of the Economic Council (CE) under the Prime Minister of Moldova today, March 10th. There were presented the CE’s results obtained during 2016, at the meeting and drawn out the priorities for the current year, Moldpres reports.

Addressing the meeting participants, Head of Government said that the goal of the Economic Council was to provide a permanent platform for interaction between authorities and businessmen, so that to find solutions to the problems facing the business community in common. The prime minister said that the government proposed to carry out an ambitious agenda of reforms and discussion of their platform was very significant.

"I am satisfied with the work of the Economic Council (CE). We have important issues to which we expect answers and, from this point of view, I very much count upon you in continuation. I urge you to be still very active, to discuss all the problems we face and come up with solutions" , said Pavel Filip.

Among the main achievements in improving the business environment were mentioned: reform of state controls and functions of control institutions, simplifying reporting procedures and removing workbooks, exclusion from police duties the right to establish economic contraventions, elimination of obligatory stamp use for entrepreneurs.

According to data presented by the CE during 2016, there were created three permanent working groups, which were proposed to remove constraints to entrepreneurship, facilitate cross – border trade and to stimulate and retain private investment. There were also formed six working groups ad hoc, which came with prompt response to sectoral issues facing the business environment.

For 2017, the Economic Council set a target to come up with a faster response to complaints and viable solution to overcome the systematic, to strengthen their capacities and to intensify communication with society and business. Among the most important projects to be implemented during the current year are found: promotion of changes to the labour code, reducing the number of mandatory documents required by the State Inspectorate of Labour, optimization procedures for issuing work permits and residence for foreigners reducing the phenomenon of informal employment and wages in envelopes.

Present at the meeting, representatives of business associations praised the work of CE during 2016, noting that discussions on this platform generated solutions to overcome the problems. Also, they proposed the creation of two new working groups within CE to come up with proposals on development of information and communication technologies and to identify solutions for the removal of constraints on businesses in the medical field.

Prime Minister Pavel Filip welcomed the idea of setting up two new working groups, stressing, however, that it was very important to establish priority actions within the CE to come up with concrete solutions to the most pressing problems. "The Economic Council is a helping hand to the Government. We all need this discussion platform. We must take into account the political dimension, pressure from society and move forward," concluded Filip.

The Economic Board, besides the Prime Minister of Moldova, includes 59 members, including 23 associative structures of business community.