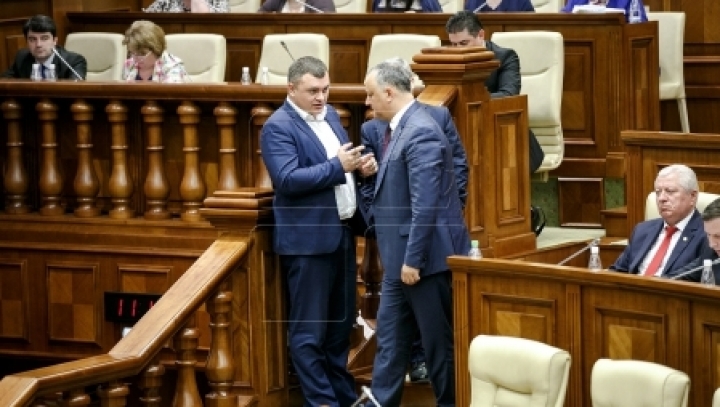 A new minority coalition within the Moldovan Parliament -- made up from Socialist, Liberal-Democrats and three Communist MPs – has signed a no-trust bill against the Filip Government.

The text of the document reads that the political, economic and social crises of the last years is the result of the Government’s incompetence.

Thus, the Liberal-Democrats have also signed for the text that the situation is the result of the former Governments, which were led by the PLDM’s former leader and top representatives.

Meanwhile the pro-Romanians Vadim Pistrinciuc, Maria Ciobanu and Tudor Deiu have turned their back to Brussels and have signed to intensify relations with Rusia.