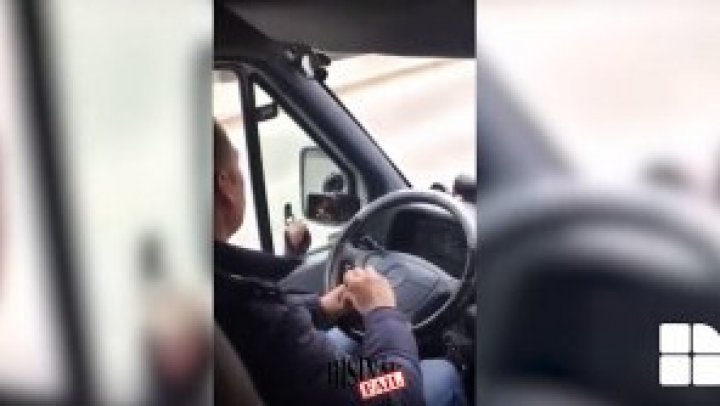 A minibus driver on route 129 was watching movie while working and counting money on his hand.

The movie recorded by a passenger showed that he was driving, simultaneously looking at his phone from time to time.

The passenger posted this video on the Internet, expressing dissatisfaction with his action.