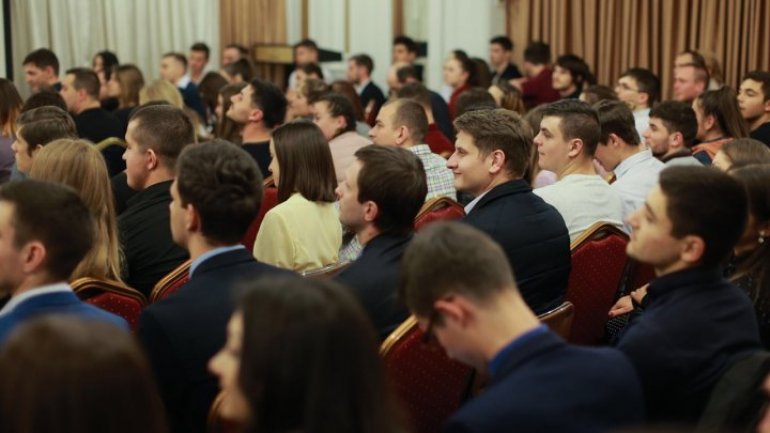 The social and political involvement of young people boost modernization, and Democratic Party wants the youth to be motivated to develop Moldova to higher level. The statements were made by PDM leader Vlad Plahotniuc in meeting with 300 fresh members of party's Youth Organization.

During the meeting, Vlad Plahotniuc discuss with the young the opportunities of First House Project as well as its program.

"Project First House 2 is derived from the first one, which the state will cover half of the interest of specific categories of young people in budgetary domain", said PDM leader, Vlad Plahotniuc.

According to the official, the project aims at convincing the young to stay at home.

"It's important to create a place where you want to come back. I would like to say I love Moldova, I don't want to leave anywhere although I can live everywhere. I like here, I feel nostalgic when I'm away", expressed Vlad Plahotniuc, PDM president.

"You don't need to rush in business. We'll create conditions where professionals can have enough salaries and possibilities to develop abilities, to make families, and decent lives", declared Vlad Plahotniuc, PDM chairman.

"We urge you to learn, to read books, to acquire knowledge every time. I read lots of books. I read The Count of Monte Cristo at early age. " said Vlad Plahotniuc, PDM president.

"I was very impressed with how he talked with us, very open, free. I thought he was somehow more harsh," said a young woman at the event.

"He is a very ambitious, direct and sometimes has humor," a young man said at the event.

The youth organization of the Democratic Party was founded in May 1998.